'WE HAD TO FIGHT FOR IT' 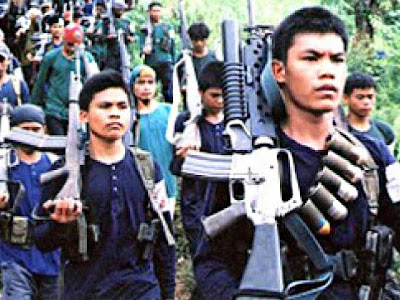 A NEW crisis in southern Philippines is underway - it is a conflict with Malaysia over a province called Sabah. Armed Filipino men are challenging the Malaysian government’s power over the province, claiming that this land belongs to the Sultan of Sulu who lives in the Philippines.

"We have achieved something tremendous in our quest for peace in our homeland as well as of course enhancing the freedom of our people. We had to fight for it and in fact we have lost hundreds of thousands of lives just to be able to reach this point.

"The problem is that our homeland is so rich, not only in terms of history but [also] in terms of its resources, that's why so many people want to occupy this land. And they applied what they call the classical policy of divide and rule so that our people could not unite and fight as one nation to roll back all of these foreign aggressors," said Nur Misuari, Ex-chairman of the Moro National Liberation Front. But the implications here could be severe for the region.

The party that brokered the deal was Malaysia. Its Muslim-dominated government used its influence with the Islamic fighters in Mindanao to bring the parties together. But now, there are allegations that members of the Moro National Liberation Front (MNLF), the original Islamic insurgency group, feels sidetracked and has allowed some of its men to fight the Malaysian government presence in Sabah.

Which brings us back to where the conflict in Mindanao started -  it is in places like this that the resistance against what they call Philippine colonialism was nursed.

The fighters would hide in the Muslim ghettos with sympathisers and in turn bring soldiers into the alleyways hungry for revenge. Every family speaks of those years with an overriding sense of loss.

Today, when we caught up with him in his home in Mindanao, we found a man who is clearly not happy with the current state of affairs. Talk to Al Jazeera speaks to Nur Misuari, the chairman of the MNLF about the crisis in Sabah and peace in the southern Philippines
Posted by sabahkini.net at 11:39