SETBACKS OF THE SABAH DELIVERY SYSTEM 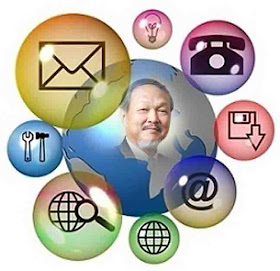 THE DAP Kota Kinabalu Member of Parliament Hiew King Cheu commented on the issue of financial management in the Sabah state government that 100% of government departments and ministries are still practicing the 'Line Item Budget System' instead of the 'Performance Based Budget System'. This leads to ineffectiveness in the disbursement of public funds.

Line Item Budgeting is arguably the simplest form of budgeting - this approach links the inputs of the system to the system. These budgets typically appear in the form of accounting documents that express minimal information regarding purpose or an explicit object within the system.

A budget in which the individual financial statement items are grouped by cost centers or departments.  It shows a comparison between the financial data for the past accounting or budgeting periods and estimated figures for the current or future period.

Performance Based Budgeting attempts to solve decision making problems based on a programs ability to convert inputs to outputs and/or use inputs to affect certain outcomes.

A decision making—or allocation of scarce resources—problem is solved by determining which project maximizes efficiency and efficacy.

There is 30% of Price of Non Conformance (PONC) in Sabah which is a huge wastage of the people’s money. There are rampant red tapes, duplication of works in procurement and payment systems, and delays in the whole delivery system. This huge figure should have been utilized effectively and efficiently to give maximum result to benefit the people in Sabah.

If there is a budgetary reform focused on greater public accountability and improved financial discipline, of course without any element of corruption and abuse of power, Sabah can surely save 30% on the annual budget, i.e. RM1.2 billion of the RM4 billion annual budget of Sabah.

This can be reflected in the Penang (RM 800 million) and Selangor (RM1.3 billion) annual budget where it is clear that their budgets even though are very much less when compared to the huge amount budgeted in Sabah, their budget is workable and the wastage is minimal.

The savings of RM1.2 billion out of Sabah Annual Budget 2013 of RM4 billion is just a sector of the recurrent expenditure based on the ‘Line Item Budgeting System’.

Any layman would ask why the Sabah Government does not want to adopt a better system of ‘Performance Based Budgeting System’ but continue to use and to rely on the old system of the ‘Line Item Budgeting System’. (DAP Media)
sabahkini.net at 11:46
Share