Zahid’s warning on ‘Sabah for Sabahans ’ has backfired, says Bumburing 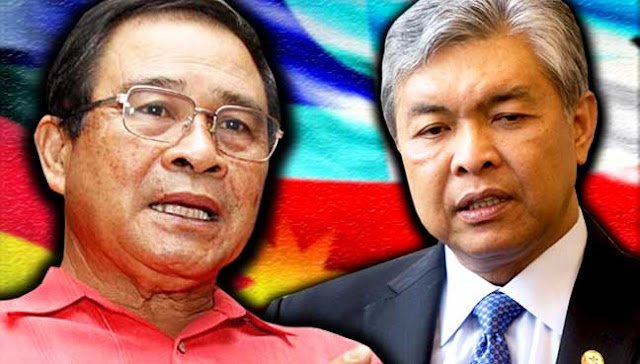 Bumburing said he was appalled by what he perceived as Zahid’s deliberate attempt to fan anti-Malayan sentiment among the Bornean people.

“He actually threatened Sabahans and Sarawakians with imprisonment if we dared to speak for our rights. And what’s worse, he actually tried to blame us – the victims in this whole situation,” he told FMT.

Bumburing was commenting on Zahid’s recent statement that those who used the slogan ‘Sabah for Sabahans’ and ‘Sarawak for Sarawakians’ were threatening national security, and the immediate impact of that statement on the people in the Bornean states.
Zahid was reported as saying: “The action of some who seditiously incite the people with the slogans ‘Sabah for Sabah’ and ‘Sarawak for Sarawak’ is against the spirit of the Federal Constitution. I want to remind them that this is a very serious crime and they can be severely punished. Nobody is above the law.”

Zahid’s statement was widely condemned by political party leaders and NGOs both in Sabah and Sarawak who said he lacked an understanding of East Malaysian politics.

Bumburing said the outrage was totally justified but should not be viewed as being un-Malaysian.

“The feeling of anti-federalism among Sabahans especially has been growing steadily ever since Umno came to Sabah in 1990. When Umno first spread its wings here, the party leaders said they wanted to cement the shaky relationship between Sabah and Malaya.

“Unfortunately, it is apparent that instead of getting us closer, the party had widened the gap between the two territories as they bullied Sabah on all sides,” he said.

Bumburing, who is also Tamparuli assemblyman, reminded Zahid that Sabah had been given special grants, rights and privileges in the Malaysia Agreement 1963, just as the Malays in the Malayan states were given theirs under the Malaya Act 1957.
Posted by sabahkini.net at 03:04