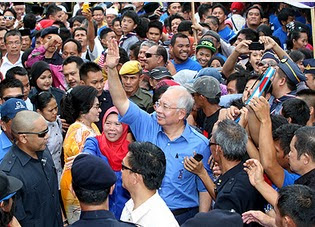 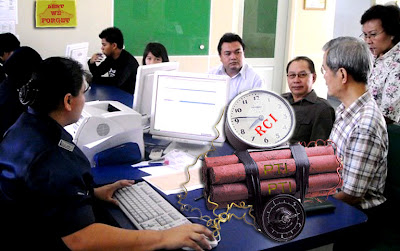 The Sabah STAR leader believes that the invasion of Lahad Datu by 'foreign forces' is a prelude to a reconfiguration of political power in the state and region.

PENAMPANG: The reverse takeover of Sabah, a situation forewarned by local politicians where immigrants gradually take political and economic control of the state, is not as far-fetched as it seems, says Jeffrey Kitingan.

The Sabah State Reform Party (STAR) leader believes that the invasion of Lahad Datu by ‘foreign forces’ is a prelude to a reconfiguration of political power in the state and region.

“It is only a question of time if nothing is done urgently to beef up security of the state,” he said here, citing the huge presence of foreigners in the state coupled with the armed intrusion by an ‘army’ from Sulu as a tipping point.

“We seem to have no more security as a state in the federation although we formed Malaysia together with the assurance of military security. Now Sabah is no longer safe with the intrusion of the army of the Sultan of Sulu in Lahad Datu,” he said.

He questioned the easy entrance of such a large group of people into Sabah despite the presence of the navy and marine police, the intelligence units and the other security forces which had been assembled and deployed in the state at great cost.

“Today, the threat to our security is not just physical but also in politics where we are also no longer safe with the illegal immigrants who have been given ICs and the right to vote.

“If the federal government cannot guarantee us security, we the citizens of Sabah need to do something to ensure the security of Sabah. One important idea espoused by STAR is the establishment of the Sabah Homeland Security, Immigration and Registration (authorities) when we come to power,” he said.

“Sabah is ours, our future is in our hands and we cannot depend on outsiders nor Sabahans who have become stooges and proxies of outsiders,” he said after welcoming 163 leaders and members of the now defunct Sabah People’s Front (SPF) into STAR on Sunday.

He pointed at SPF as an example of how its supporters and members lost their political platform when it was taken over by a Sarawak group and its name was changed to Sarawak Workers’ Party.

Lusin, speaking for the group, said that SPF had 37,000 members throughout the state and they had identified 18,400 who want to join STAR.

Jeffrey also commended the group for having taken the bold step to join his party and continue their political struggle to champion Sabah’s rights.

“Their joining STAR has many positive implications. They first of all are saying to the people of Sabah and other local political parties that they have to unite in order to build up our strength to demand for the rights of Sabah.

“They appreciate that Sabah is our country and together we will march forward to face the various problems and challenges. Sabah has lost its autonomy and independence, continues to lose its natural resources which are being siphoned out of Sabah.

He said the amount totalled RM24.7 billion in 2012 alone while revenue from petrol extracted from the state was RM18 billion last year but the state only got RM4 billion.

“What a tragedy to know that Sabah is so rich but the people are so poor,” he said and mocked the announcement by the government that Sabah’s poverty had been reduced as “strangely the people don’t feel any of it”.

“They keep losing the right to their lands and deprived of the NCR to the point that they have to collect money and go up and down the courts to fight for their rights just because they are living in the forest reserves which they have been in long before the areas were converted into forest reserves,” he said.

It's not true to say that the Federal Government, or "Sulu Sultan" whatever for that matter, can do whatever they like and get away with it.

The underlying concepts in the Constitution are Freedom, Democracy and Human Rights.

Towards this end, the Courts keep a check on the discretionary powers of Government in order to ensure Freedom, Democracy and Human Rights.

We cannot wish away a multitude of sins by saying that Sabah is still in Malaysia or keep quiet when some riff-raff of a Filipino from Sulu claims that he's the "Sultan of Sabah" and occupies Lahad Datu in defiance of the Constitution, the Governor and the Huguan Siou.

Having said that, it's undemocratic for starters to promote any form of seat-sharing as it circumscribes the democratic process by endorsing elite power-sharing to deny the grassroots majority meaningful participation in the electoral and democratic process.

It's undemocratic for any party or coalition to remain indefinitely in power.

If a people are convinced that a ruling party or coalition cannot be dethroned from power through the electoral and democratic process, then it signifies that they have lost their Sovereignty and have the Constitutional Right to take to the streets and demand that an all-party Interim Government be set up to oversee free and fair elections or create a Revolution to set up a Revolutionary Government and write a new Constitution to replace the old Constitution rendered null and void by the revolutionary process.

From this we can see that any claim by any so-called Sultan of Sulu to private property rights to Sabah and Sovereignty over Sabah is preposterous.

The Sovereignty of Sabah rests with its people.

It will be interesting to see how the so-called Sultan of Sulu will enforce his nefarious designs over Sabah.

He will either be chased into exile by a revolutionary uprising of the people or killed/executed during such a Revolution together with his entire family and relatives.

Many so-called Monarchs have lost their heads throughout history at the hands of the people. (FMT)
Posted by sabahkini.net at 18:37 No comments:

GOODIES FOR SABAH IN PAKATAN MANIFESTO 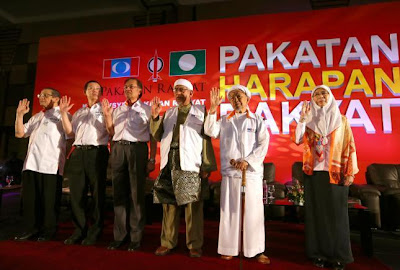 SHAH ALAM: Pakatan Rakyat today unveiled its election manifesto, giving more 'goodies' to the people of Sabah and Sarawak. The manifesto was launched at the fourth Pakatan convention here.

DAP Vice-Chairman M Kulasegaran told the nearly 1,000 participants at the Shah Alam Convention Centre that Barisan Nasional had neglected the East Malaysians for far too long.

“Therefore, if elected to federal power, we will set up two second level national oil companies in Sabah and Sarawak. These companies will serve to safeguard the interest of our East Malaysian brothers and provide employment to them,” he said.

“The highway will link Kuching, Kota Kinabalu and Kudat. This is one of our measures to implement infrastructure projects equally in both East and West Malaysia,” he said.

He also reiterated Pakatan’s earlier promise to increase oil royalty from 5% to 20% if elected to power.

On reforms of public institutions, Kulasegaran said the Pakatan government would introduce the National Anti-Corruption Policy, or Debaran, that will be tasked with coming a comprehensive solution to combat graft.

Under Debaran, the Malaysian Anti-Corruption Commission (MACC) would be given powers to haul up and prosecute corrupt officials in court.

Chipping in, Dzulkefly said that other institutions such as the police force would also be strengthened in order to combat crime.

“We will also set up the Independent Police Complaints and Misconduct Commission [IPCMC] to monitor the police force,” he said.

Rafizi said the Pakatan government would also deal with the menace of monopoly in the economy by forming the Anti-Monopoly Commission.

He added that a Public Contracts Commission would also be set up to revise and study all public concessions for the benefit of the public.

“We need to ensure that those who control the telecommunications, pharmaceutical and other industries do not form a cartel.

“In addition, we will review our agreements with the independent power producers [IPP] that is costing taxpayers billions of ringgit, on top of the surging electricity tariff,” he said. (FMT)
Posted by sabahkini.net at 18:26 No comments: