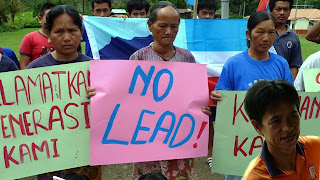 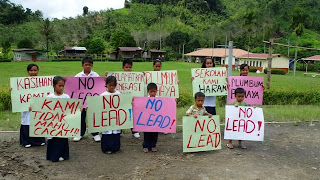 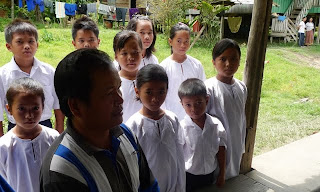 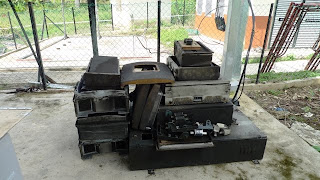 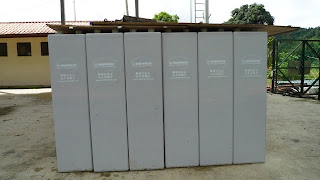 Posted by sabahkini.net at 08:26 No comments: 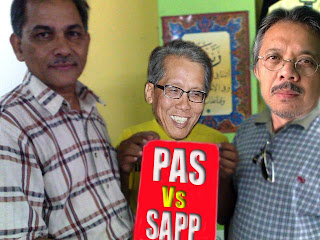 Posted by sabahkini.net at 00:09 No comments:

WHY SABAHANS ARE SHIFTING FROM THE BN 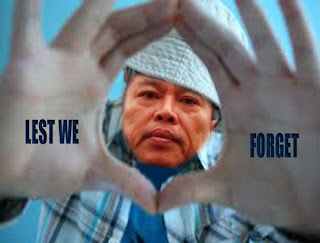 IN my presentation of my paper, ‘Lest We Forget’ at the seminar on ‘Marginalised and Minority Communities’ in Kuala Lumpur on the 23rd of this month, I elaborated quite a bit on the many problems that Sabah has been suffering from, in part due to the deliberate policies by the Federal Government to disenfranchise (take away the rights of) bona fide Sabahans, with particular emphasis on the problem of the illegal immigrants.

The participants found my elaboration shocking enough for them to raise the question: “If the situation is so bad for the people of Sabah, why are they still supporting the BN?”

So why indeed? Why is almost everyone talking about how bad the BN rule is and yet at the end of the day they still voted for the BN, enough for the BN to call Sabah and Sarawak as its fixed deposit?

This question is seldom answered fully because the explanation for this behavior of the voters is rooted in many causes, including cultural, socio-economic, political and psychological causes.

The cultural reason is that the people are traditionally forgiving and accommodating, being kind a generous in their nature even to outsiders. They entertain and support those who are close to them and are open to ideas and co-operation especially with those in power and who can afford to give them assistances and favours.

The socio-economic reasons are of course, obvious. They have little reason to reject socio-economic development, handouts in the form of welfare assistances in kind or in cash. And it is not easy for them to resent the BN, and up to a point, would not vote against the BN when they had been given handouts. In many instances it is a question of getting something solid and not a matter of getting delayed gratification or a longer-term benefits for the people or the state.

The political influences are strong when the people see politics as a system of support and reward. Ours is after all a system of patronage politics where the people patronise the ruling party in order to benefit through project awards.

Only those disappointed and disillusioned because they are excluded in this patronage system and those who have genuinely realised the need for change have been willing to join the opposition, and go against the BN.

The psychological ties of many BN supporters to the BN government, until before the 2008 general elections, were still strong due to the strong campaign to make the people believe their future is supposed to be guaranteed in the hands of the BN. In the case of the KDMs, they had looked up to the PBS, UPKO and in the interior, the PBRS, as their parties.

But this scenario has changed tremendously. As I see it, the winds of change that blew the shocking political tsunami in 2008 has not abated, but has increased in strength. The BN, of course, would never admit it openly, but the fact is the BN is suffering from so many problems at the national, state and local levels that the basis of its strength is no longer ideological but financial, added with intimidations and threats.

The BN has to depend on money to survive because on many fronts it can no longer defend itself with the truth. In fact it is the truth that is hurting and damaging the BN beyond repair. If today the BN comes and stand by the truth, that will be the end of it! So it resorts to lies and half truths, telling the people of developments and hiding the fact that it is through development allocations the leaders are fattening their pockets and foreign bank accounts. It is now common knowledge that project costs are tripled or even quadrupled in amounts to accommodate the kickbacks.

The people may not be too concerned about corruption in high places but they get agitated when their lives are eventually affected by economic problems. The value of the ringgit may have gone up against the US dollar but it had become more worthless in Sabah with the ever increasing prices of commodities.

While the government is reducing the subsidies for sugar and petrol, it causes the drastic increases in prices of goods and services such as food items and transportation.

And in order to minimize the impact of this frightening inflation, the government is trying hard to make the people happy by giving away hampers and other poverty assistances to the village folks and making big news about it all the time. They claim they are eradicating poverty because they are giving hampers that are worth only a few hundred ringgits each per family! How long can a package of 30 kg of rice for a family of ten?

There are many happy news about food and subsidy distribution but still many people in the villages are still not eating enough. This korek lubang tutup lubang, tutup mata sebelah method of economic planning cannot go on forever, because somewhere along the line the holes can no longer be covered. Sometime soon, the game will collapse. So what the government is trying to do is to have the general elections before economic game is exposed.

So what we in the opposition do is offer the people alternatives. They now know they have choices. A new spoiler for the BN is the new brilliant choice, called the United Borneo Front (UBF), which is raising a lot of attention because it offers an exciting alternative to the past KL-based political system.

UBF is already killing BN’s dream of keeping Sabah and Sarawak as its fixed deposits because clearly the two states want to be in Malaysia on their own terms, to get hold of their rights and autonomy and decide on their own governance and economic future. For the people of Sabah and Sarawak, this prospect is exciting beyond measure and we know it is worrying the BN to no end.

Posted by sabahkini.net at 00:06 No comments: 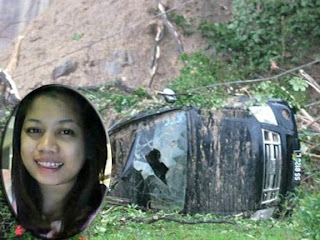 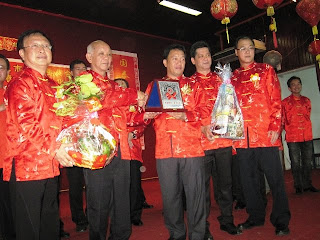 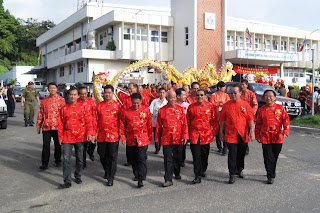 Posted by sabahkini.net at 23:47 No comments: