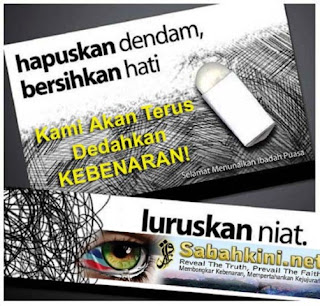 Posted by sabahkini.net at 21:04 No comments: 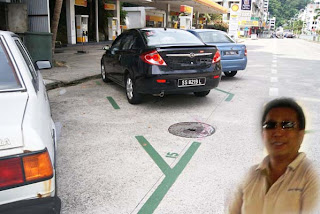 Posted by sabahkini.net at 20:55 No comments: 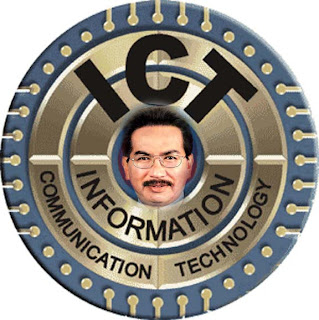 Posted by sabahkini.net at 20:44 No comments: 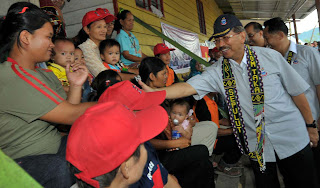 IN THE season of scams when political reputations are at their lowest ebb, Sabah Chief Minister Musa Aman stands out as a remarkable exception. His emergence as a front-runner in a field crowded with seemingly redoubtable figures like Shafie Apdal, Rahim Ismail, Yong Teck Lee, V K Liew, Chong Kah Kiat, et al, is all the more noteworthy because of his quiet, unassuming persona.

Yet, by winning a resounding electoral mandate in 2008, he has been unequivocally hailed by vox populi as their choice as the best Chief Minister of Sabah since 1963.

The extraordinariness of Musa Aman’s feat is demonstrated by the unbelievable turnaround that he has brought about in Sabah’s social and economic scene. Needless to say, his political success is based on this transformation.

The result is that he has proved beyond all doubt that if a politician uses the official and political power in his hands for the betterment of ordinary people’s lives, he becomes virtually unbeatable.

Malaysia will be a much improved country if this simple lesson provided by Musa Aman is widely emulated. And at no time is there a greater need for such emphasis on the fundamental requirements of the people than in the present murky atmosphere when, as Lim Kit Siang has said, the country’s ‘moral universe’ has shrunk.

Except, perhaps, in Sabah where the incarceration of thousands of illegal’s and criminals, and the fall in the number of abductions to nearly zero in the east-coast of Sabah, and the continuous deportation of illegal’s back to Philippines and Indonesia, have largely restored the common man’s faith in the administration’s clout and goodwill.

In a state where the parties are not averse to get illegal’s as voters or illegal’s as cadres, since the days of the Late Tun Mustapha, the chief minister has shown that he means business. Besides, as the Sabah State Security Chief, he does not use the police to harass the opposition and he upholds civil liberties.

As a result, there has been a huge surge in tourist coming to Sabah because people are no longer afraid to visit Sabah with women and children. Besides, they can afford to remain out after nightfall unlike in the past when the town and roads became deserted and the haunts of criminals.

But it isn’t the improved law and order situation alone which has encouraged greater outdoor excursions to the beautiful islands in the east-coast of Sabah. There has also been a vast improvement in the condition of roads with the restoration and construction of nearly hundreds of kilometers of highways and bridges, including elevated hanging bridges.

Much of this work was done by public sector undertaking and also private sector undertaking, which was able to overcome its earlier deficit to contribute for relief even to the flood victims the last time. But no less noteworthy than its good work was the subsequent appointment of capable executives, which underlined the chief minister’s ability to spot and reward talented bureaucrats.

At the same time, he has been ruthless in the matter of initiating action against officials found guilty of corrupt practices. Many have been sacked.

Since these measures have improved the investment climate, it is not surprising that Sabah’s current growth rate of 8 percent has become comparable to Penang and Selangor’s. For the present, however, this upward trend can be ascribed to the fact that shops and commercial establishments are mushrooming all over Sabah and they can remain open till late at night, which was not possible during the days of PBS and Pairin Kitingan when even the streets had no lights.

The phrase was earlier derided as political hyperbole, but not after the return of normalcy in daily life.

Apart from law and order, Musa Aman has focused on the education sector which is under the Federal Government, he has been continuously pressuring the Federal Government, to get more teachers at the primary and secondary levels to reduce the teacher-student ratio from the present dismal 1:50. The provision of uniforms and school shoes and free milk for kids attending school has also been an attractive feature of his policies.

The chief minister has now turned his attention to higher education with his proposal to the Federal Government to set up more colleges and technical institutions. For this purpose, he has selected some good academicians to advice the state government.

Health had been a neglected factor in Sabah. Hospitals were in a bad way and most primary health centers were non-functional in the interior of Sabah. Musa is now working at upgrading health facilities. He is inviting private partnership to achieve this and already millions and millions have been spent in construction and upgradation.

Federal Government who is responsible for health in Sabah has been constantly told to pay more attention to Sabah. Immunization, the key to control disease is being aggressively promoted.

The power situation was pathetic. With the exception of Kota Kinabalu, almost all the districts have severe power cuts and even now have power for only a couple of hours sometimes every day.

Musa understands that power will bring in industry. A new Power Policy is being prepared that will woo private investment in generation and distribution. For a start, there are proposals for new power projects that could generate 300 megawatts. Geothermal power plant and gas fired power plant are also being considered without adversely damaging the environment.

Then there is the issue of children from Chinese-native parents in Sabah where the National Registration Department (NRD) is unwilling to specify their mixed ethnicity in their MyKad applications. The NRD required Sino-Kadazans or Sino-Dusuns to choose between Chinese, Kadazan, Dusun or Murut ethnicity for their MyKads.

The NRD is insisting that the community use the generic term “Sino-Native” in the documentation. So silly for the NRD to do this. This policy has angered the mixed Chinese-native community in the state and they have refused to subscribe to the NRD ruling and are demanding that their particular native groupings be recognised.

As a Sabahan, Musa Aman understands their feeling. Musa Aman has even told the NRD repeatedly that in Sabah by virtue of its traditions, customs and beliefs everyone recognises the existence of Sino Kadazan, Sino Dusun and others because inter-marriages in Sabah are norm, just like in my own case where my wife is Chinese-Native.

After all, as far as Sabah is concerned there are many things that were being done in Sabah that was not done in other parts of Malaysia. KL must recognise and learn from Sabah in terms of harmony and living together. Musa even said that blanket policies could no longer apply for Sabah and that the federal government must take into account local situations and accord the ‘right treatment’ in policies to be implemented in the state.

Then we have the Christians in Sabah and Musa’s success in winning the support of the Christians despite having the Party Bersatu Sabah (PBS) and UPKO and even PBRS as a partners is based on a no-nonsense approach to communal relations. In this respect, Musa Aman has shown how stern he is compared to Taib Mahmud of Sarawak, who looked on helplessly when the Alkitab and Allah issue was played up by fanatics within UMNO.

In contrast, Musa Aman showed the firm, uncompromising side of his character when he refused to let extremist break the racial harmony in Sabah which has been around for hundreds of years and a trademark of Sabah, and the West Malaysians will never understand this.

Musa Aman’s success via these steps in weaning sizeable sections of the Christians undoubtedly contributed to his electoral triumph in 2008 and even the recent Batu Sapi Parliamentary by-elections.

His focus on the natives also helped him by widening the distance between them and the others, who constitute the Sabah’s vote bank.

Musa Aman knows that he now has to start delivering and there is great expectations by Sabahans. He has got everyone thinking and interested in Sabah, but that is not enough. Change has now to be felt and experienced. The masses are eager and impatient. No one knows it more than Musa Aman does. Elections are only months away. Time flies.

Posted by sabahkini.net at 19:20 No comments: 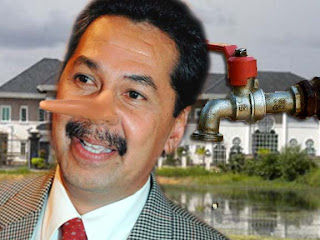 Posted by sabahkini.net at 19:19 No comments: