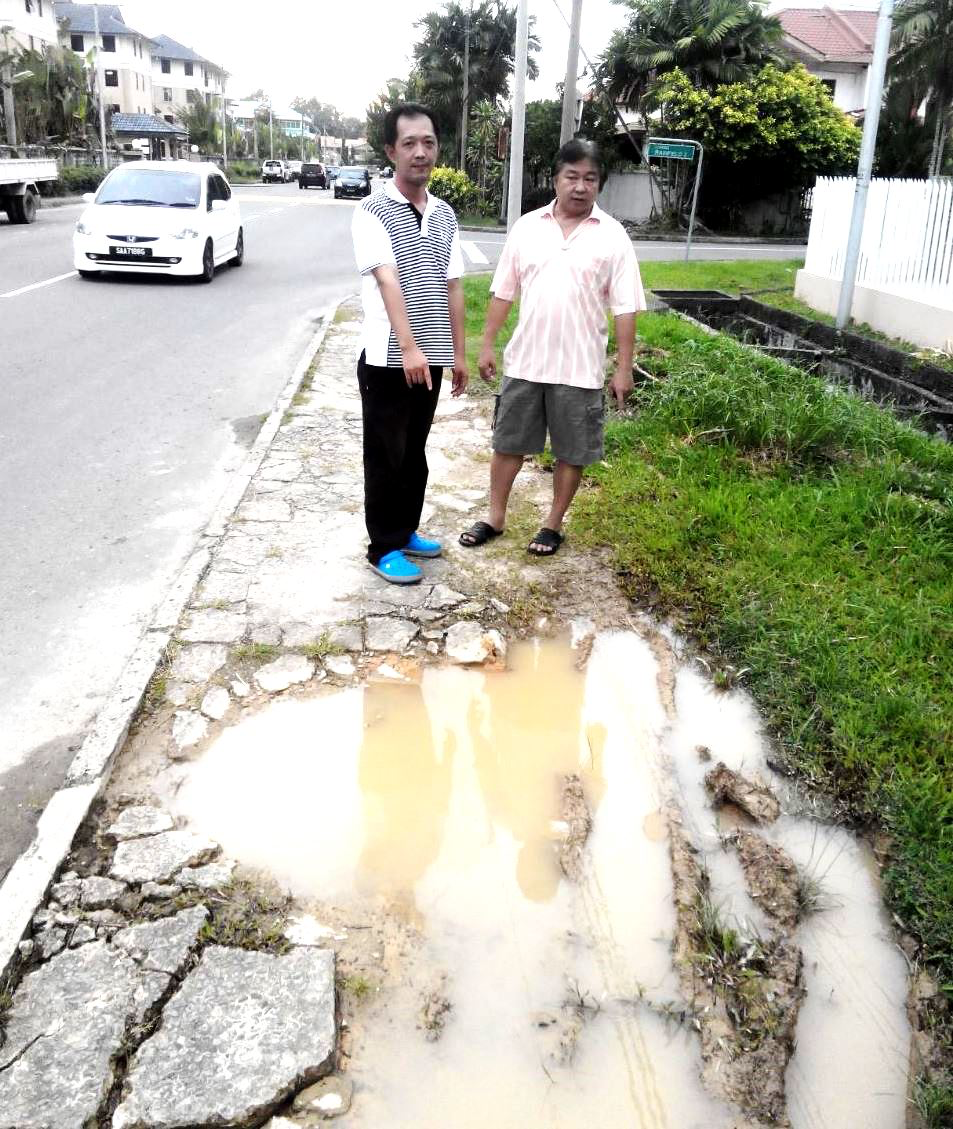 The MCA Kota Kinabalu Division Youth deputy chief Wong Shan Lu was called in to attend to a complaint concerning the broken walkway which is causing inconvenience along the Lorong Rainfield in Taman Rainfield, Penampang.

Wong made the inspection with the resident from Taman Rainfield, and has noticed that the damage to the walkway along the road is due to the cars illegally parked on the walkway. Some times, the people here can also see big trucks did the same by parking the heavy trucks on the walkway slab.  He said he will inform the relevant authorities or the Penampang District Council to come to make the repair on the walkway, and at the same time to install some ballast poles to stop the vehicles from climbing on to the walkway. This is especially for the safety of the pedestrians using the walkway in the area.

On the other hand, Wong urges the drivers to be more considerate and not to damage the public properties for self benefits. The government will have to pay and use tax-payers’ money to make good the damaged public facilities eventually.