A special unit or Ministry to oversee illegal activities 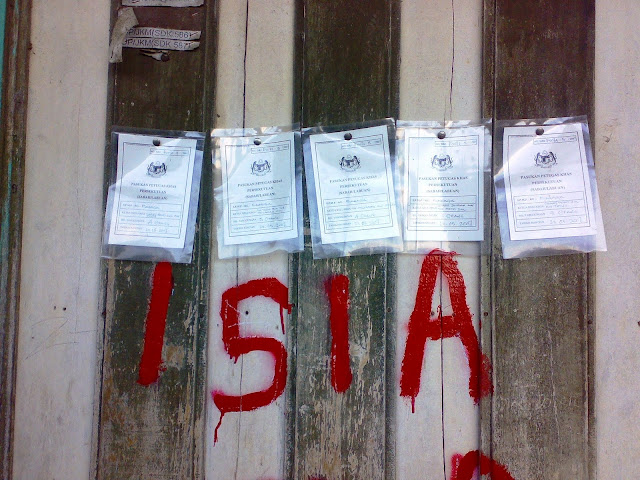 DAP Sabah Organizing Secretary Junz Wong urged Sabah Government to work out with the comprehensive roadmap, listing out both short term and strategic plans, in order to resolve the massive power theft all over the state.

Junz responded to the comment by Chief Minister Datuk Musa Aman that instructions had been issued to SESB to take immediate action to prevent a repeat of tragic incident such as the death of fireman Apolos Jeremos due to electrical shock.

"No doubt that the incidents of electrocution death must not stopped but the question is how to efficiently resolve the problem effectively? By merely issuing instructions without specific comprehensive action plans won't help SESB to resolve the long perennial problem.

SESB had explained clearly that they were already doing the best they could pending decisions from the top and coordination from the relevant authorities." Junz said

Junz agreed that the ridding squatters exercise is a "must take" option and must be continued with more massive "eliminations of squatters colonies" operation but it would take years to effectively eliminate squatters problems throughout the state.

"Eradicating all squatters colonies must be planned as long term solution because as long as squatters areas exist illegal connections and power theft will continue to be a problem." Junz explained

SESB had also proposed legalizing power connection in squatters areas pending final decision on their status. Junz said he did not fancy this option.

"Integrated disconnection exercise has also been employed by SESB in attempt to curb with power theft but it doesn't really work as SESB has conceded that irresponsible squatters will illegally re-connect power supply in no time. Nonetheless I think this exercise should be continued as temporary short term measures while implementing the long term solution."

Junz who is also LIKAS assemblyman saw one of the main problems as lack of legal power to penalize those who steal electricity and make illegal connections especially in illegal housing areas.

"To extend the existing provisions and laws to SESB is one option but is this a good practice? Maybe not. It has to be studied in-depth." Junz said

Thus he saw the main problem as the bad coordination between relevant authorities and SESB to carry out operations in one unit.

SESB senior GM (Asset Management) Muhamad Nazri Pazil has repeatedly called on the relevant authorities to work with them to curb this illegal power connection for many years now.

"Despite initial enthusiastic responses by some authorities to his call, it will tone down with time passes by.

Junz proposed a special unit to be made up of both ruling and opposition representatives to study and look into this issue thoroughly to find a long term solution to this problem.

"Perhaps a special ministry can be set up to take charge of illegal activities such as illegal squatters colonies and power theft etc and ministry job scope includes working out a new provision to govern the energy related matters and long term strategic solutions to issues surrounding SESB." Junz proposed

Junz urged Sabah Government again to consider seriously to take over SESB in order to put it under a special ministry to manage and resolve all problems surrounding SESB!
Posted by sabahkini.net at 11:18