Who's the next Sabah Speaker? 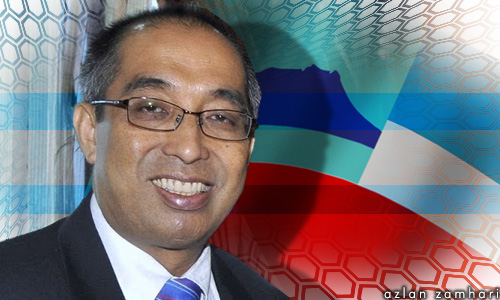 ADUN LIKAS Junz Wong raised concerns on the position of next Sabah DUN Speaker since previous Sabah Speaker Datuk Salleh has been made a federal minister.

Junz explained that the appointment of Sabah Speaker has a tenure of 5 years.

"Now the tenure has just passed 2 years period and if a new speaker is appointed, his tenure will last even after the next General Election, which doesn't seem appropriate." Junz said.

Junz stressed that the next Speaker must have good command of both Malay & English and must equip with legal background to be able to interprete the constitution well and perform his duties effectively.

Junz who is also DAP Sabah Organizing Secretary kindly called on TYT and Sabah Government to appoint one of the two Sabah deputy speakers namely Datuk Johnny Mositun and Datuk Johnson Tee to be promoted as the "interim" speaker for the next 3 years.

"I believe both of the deputy speakers are more than qualified and have the experiences to be the Sabah Speaker and so I strongly recommend one of them to be appointed and take over the vacant position of Sabah DUN Speaker." Junz concluded.
Posted by sabahkini.net at 14:33