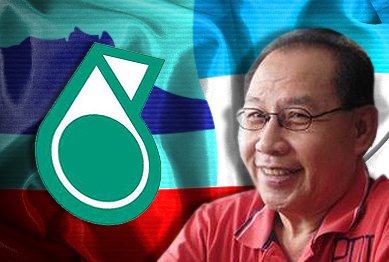 “I totally disagree with YB Datuk Seri Panglima Lajim Haji Ukin about accusing or alleging YB Datuk Dr. Jeffrey Kitingan as being a tool used by UMNO-BN.  Dr. Jeffrey have all along been consistent in his struggle for Sabah’s rights which have been for all these years sidelined or brushed aside by BN leaders in Sabah especially after the entry of UMNO into Sabah.

The fact that a Federal Minister, YB Datuk Anifah Aman, organizing a forum that dealt with issues which might be seen as something hostile to BN leaders in Kuala Lumpur only goes to show that what have been raised by Sabah leaders, especially those in the opposition, have its constitutional and legal basis.

Before this, each time Dr Jeffrey tried to raise issues relating to the Malaysia Agreement 1963 (MA63) and Sabah’s rights as enshrined in the Federal Constitution, he has always been brushed off by BN leaders. Venues such as the forums being hosted and organized by YB Datuk Anifah Aman has provided Dr. Jeffrey with the needed avenue to bring those grouses to the forefront.

“I personally have handed to the Chief Minister at the State Assembly seating a memorandum relating to the same issues signed by several  Sabah-based Non-governmental Organization (NGOs) and the Chief Minister has accepted the documents gracefully. As such, gestures or insulation about being a tool of UMNO just because our struggles caught their attention is totally uncalled for.

“I therefore called upon YB Datuk Lajim to stand together with fellow Sabahan leaders and join the struggle instead of criticizing or even coming up with insinuating comments about things he himself is not so sure about. If PKR, which Datuk Lajim claim to have the biggest voice in Parliament,  is keen and sincere in fighting for the rights of Sabahan then he should have initiated the move to bring up these issues both at the State Assembly and Parliament.

“USA (United Sabah Alliance) is fully supporting YB Datuk Dr. Jeffrey as what he does is for the benefit of every Malaysian in Sabah. To date, we are looking at Sabah-based coalition of political parties and organization as being the best platform to fight for what is rightfully belongs to Sabah. We are delighted to hear that the Prime Minister himself have agreed to form a committee to look into the claim for return of the 40% net revenue entitlement due to Sabah under the Tenth Schedule of the Federal Constitution.

However, this committee that would be formed must not be another toothless body with its finding kept in a file similar to what happened with  the findings of the RCI on Illegal Immigrants. And the term of references should included to determined taxes paid by Peninsular-based corporation who runs huge business activities in Sabah but remit their taxes in Kuala Lumpur.

“On another note, if indeed such committee is needed, as the said provision (the 40% revenue entitlement) is already enshrined in the Federal Constitution. The Attorney General together with the Auditor-general if needed and the Ministry of Finance only need to examine the technicality of the provision and execute the required payment that is rightfully belongs to Sabah.

“Sadly, we have to admit that issues relating to the 40% entitlement has not been well-informed to the Sabahans at large. We have been engrossed with issues relating to the illegal immigrants, Project ICs, 20-Point and other related issues pertaining to the MA63. Thankfully, the forum organized and hosted by YB datuk Anifah Aman have been able to zoom in to the 40% revenue entitlement to Sabah as provided in the Federal Constitution, and which have not been given to Sabah for who knows since when.

With this in mind, GPS will be conducting various road-shows to inform the public about this rights and we hope that YB Datuk Anifah Aman will be prepared to join this NGO-organised forum as his inputs on this matter will be most welcomed by every Sabahans.