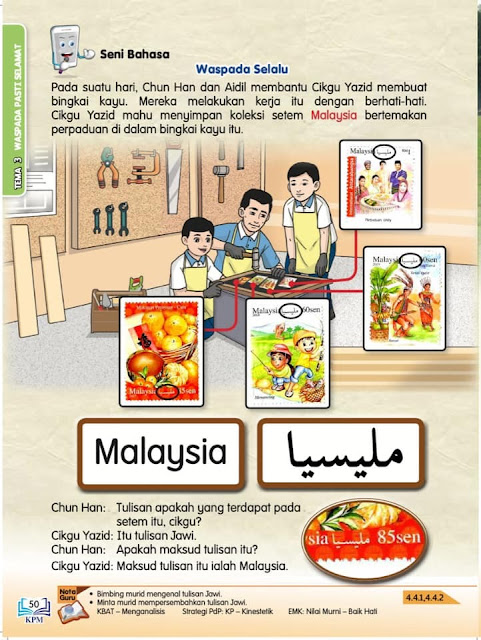 The plan of implementing Jawi Khat in Vernacular Schools by the Ministry of Education has made some dissatisfaction among Chinese Voters through their group of organisations.

Therefore Minister of Primary Industries Teresa Kok has addressed their concern openly in her Facebook Page which to be discussed further by the people.

In her post on facebook Teresa Kok made a remarks : "Some organisations have been emotionally complaining about Jawi teaching in the standard 4 Bahasa Malaysia text book. These are the 3 pages introduction of Jawi in the standard 4 of the BM textbook. What do you think?"

Her remark then got some negative and positive response from Malaysian. Some of them allegedly that planning is irrelevant to be taught in vernacular schools even in national school as well. Some of them have asked the khat subject is just an optional not a compulsory option. 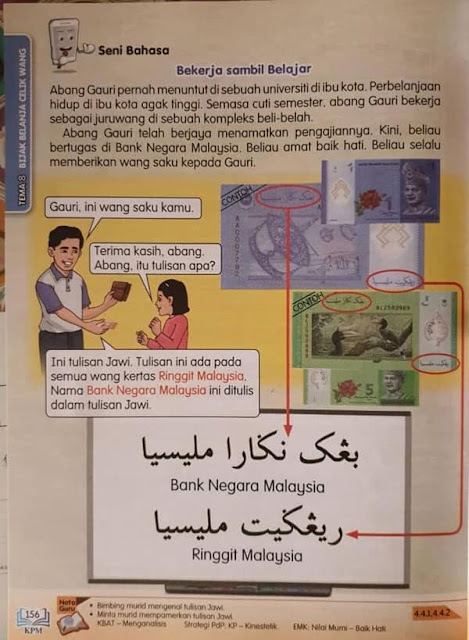 On the other view said nothing to do with the peaceful of people, its just a new learning to everyone and nothing to be afraid.

The opposite group allegedly that the outrage of Chinese group was a drama and provocation for another issues. Most of Chinese product have a jawi words to attract Malay buyers. Chinese only afraid if the authority would try to brainwash their kids in the school which ended up convert to islam. 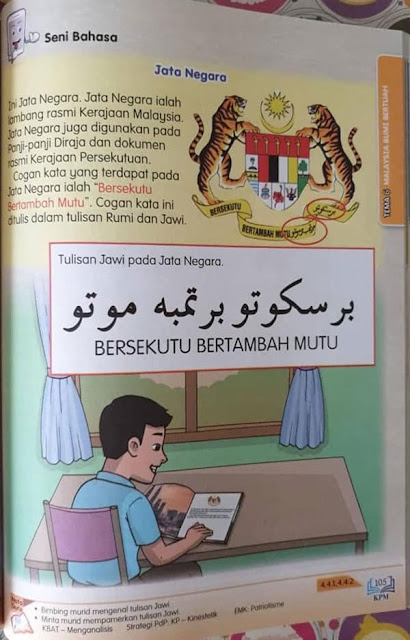 Back to the 70's era, everyone were using Jawi and Khat. The women were free-hair style or with just scarve on their head and guiness stout was a famous alcoholic drinks that time. None of Chinese opposed the khat or jawi written too. They were enjoyed such shape of life.

Time travels faster with the lifestyle of Malaysian too. The religion itself has divided people into the narrowed group. So who to be blamed? Jakim or chinese or malay or who?