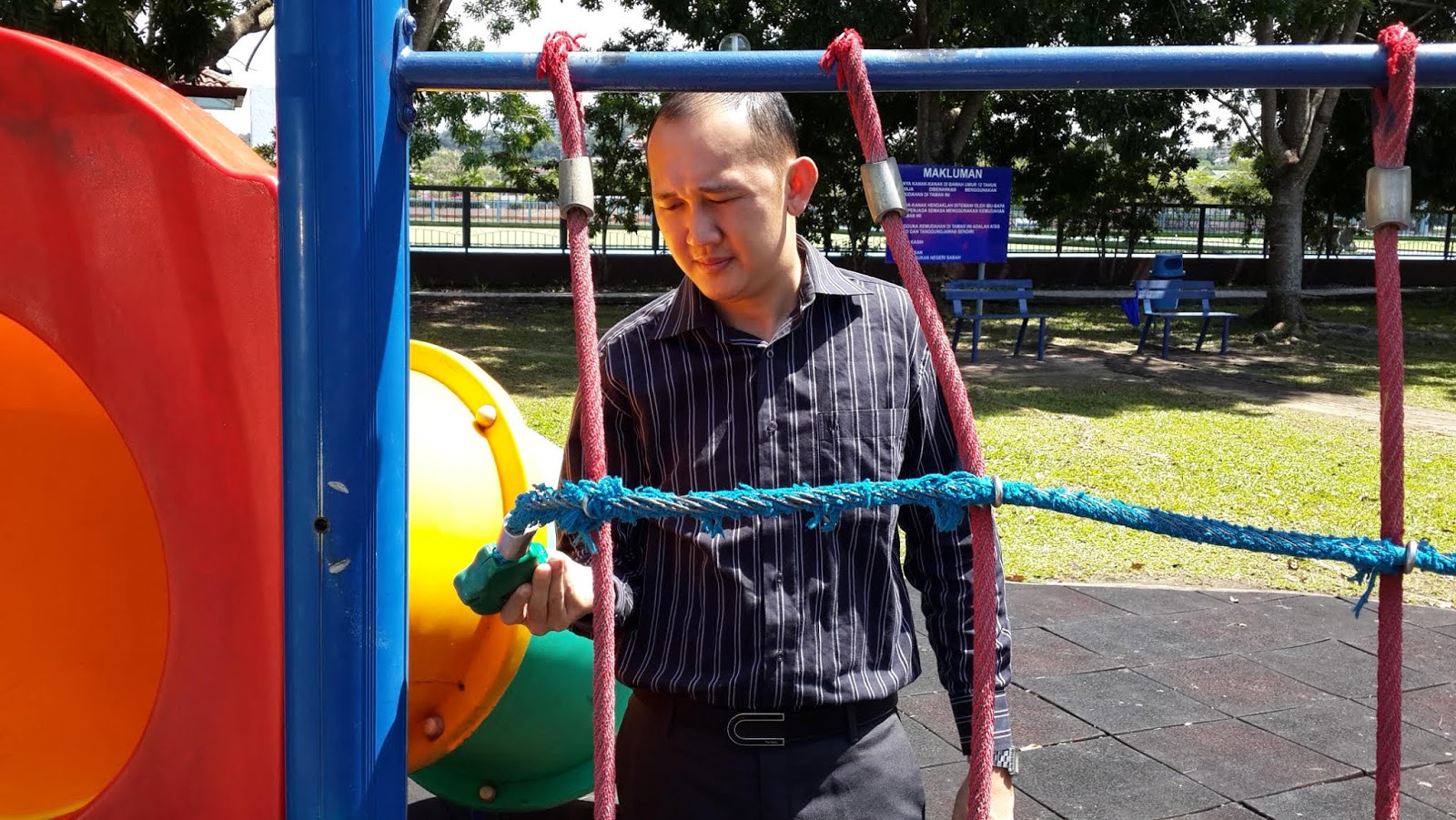 Likas stadium jogging park, playground facilities are in serious damaged and dangerous condition, Nicholas Chak urged relevant authorities to deal with it and call on public to stop using them temporarily. 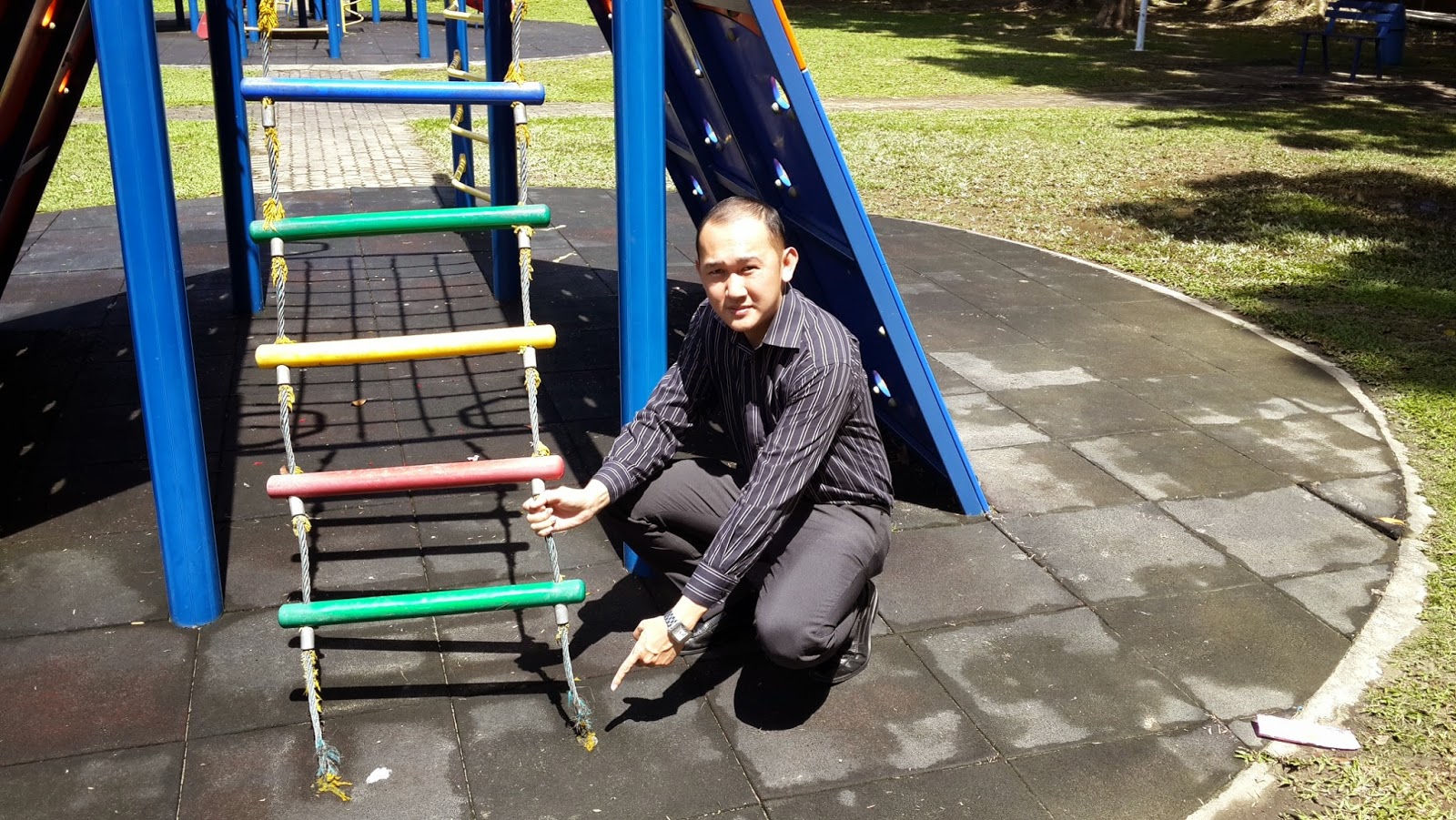 Chak also discovered a few damaged facilities such as worn out iron cable, sharp metal wires exposed, screws dropped out, plastic bursting at the playground and so forth. This can be very dangerous especially the playground, authorities should not allow children to play there for the time being for safety reasons.

Beside this issue, according to citizens, sometimes there are stray dogs around the park and chasing people who jog in the park, this have created fear to the public that the stray dogs might hurt them and children could get bitten.

Lastly, Nicholas Chak which is also the Likas Assemblyman Political Secretary call for the people's attention, at the moment do not allow children to use the facilities of the playground to avoid any injuries, wait for the repairing works to be proceed by the relevant authorities before it is safe to use again.

Chak urge the relevant authorities to take immediate action to repair the facilities of the playground in the park, and locate a notice board for people's awareness that the playground is temporary out to use, and children can only allowed to play after the repairing job done.