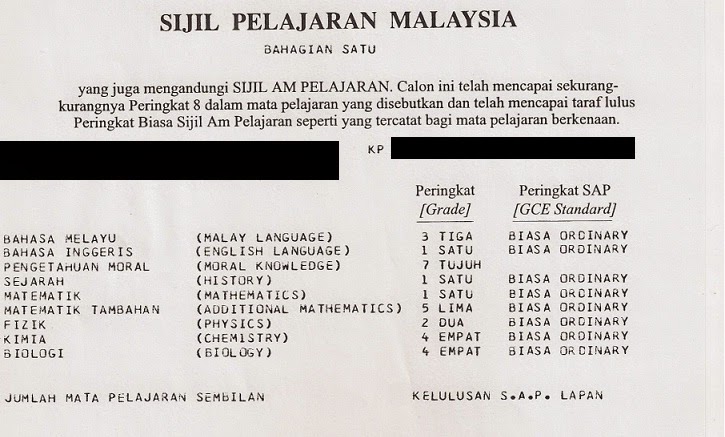 I agree that all Malaysians should learn to be able to speak Bahasa Melayu (BM) well as its our national language but why is Election Commission (EC) narrowing down to leaders only?

Every Malaysian should learn his or her BM well.

And WHY only BM ? What about English, Chinese languages? What about Mathematics and Science? Is EC saying the other subjects are not important to become a good leader in a multiracial secular Malaysia except good command of BM?

I thus disagree to the proposal of making individuals wanting to become elected representative to be required of at least credit in BM for two reasons :

Firstly this ridiculous proposal is not in line with the spirit and agreement of the formation of Malaysia as it directly discriminates Sabah and Sarawak rights as equal partners with Malaya, therefore our rights to English language in State Assembly must be protected.

Instead EC should propose for elected representatives from Sabah and Sarawak to be able to use our guaranteed language via English in Parliament for debate to remind Malaysians that Sabah and Sarawak are equal partners and have special rights as agreed and promised by our forefathers during the formation of Malaysia.

Secondly I believe the basic democratic right of every citizen should be "the given right" to elect and to be elected with bankruptcy as an exclusion.

People elect leaders to serve, not to teach.

As long as the leader is well liked and rightfully elected by the people and does his duties, other factors, maybe important, should not stand in the way for the right leader to serve as an elected representative.

Think back about our own younger years, how many of us have gone on to carry out what we set to do from our earlier years? I believe none.

My point is HOW could the young ones possibly know that they will be serving their country one fine day? Many only realize their political destiny in their later years of their life.

Besides doing well academically doesn't necessarily make one successful in the future in whatever they set to do, not just in politics but in any other fields. Many leaders from different political divide, in the history of Malaysia politics, have excelled and proven to be good leaders of the people though they have not done well academically in their younger years.

I would like to take myself as an example.

I studied overseas since I was little and thus wasn't really given a chance to master Bahasa Melayu at all and I am grateful and lucky enough to be given the trust and be elected by the people of Likas.

I have to admit I do not have good command of BM, in fact I think I was pretty bad when I was first elected.

It however didn't stop me from serving my people and voters. Instead it inspires me to learn and master my BM language. Since I was elected, my command of BM has improved tremendously. In near future, I believed my BM will be much better than just merely a SPM credit.

The point I want to stress here is people should be given a second chance to excel not just in politics but also in every other field. A good government should exhaust all resources in order to build human capital and talents for our nation. Same for politicians and elected representatives.

Firmly upholding my beliefs, I disagree to this discriminating proposal.