Use your common sense ! Unfreeze the 1600 accounts! MACC told 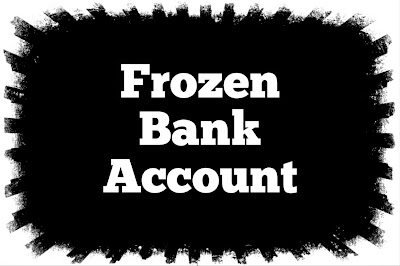 DAP Likas Assemblyman Junz Wong demanded MACC to unfreeze the 1600 accounts which have been frozen unfairly.

Junz said that the massive operation named Ops BS was good initiative to tackle illegal smuggling but he regretted that it was poorly executed and some officers are lack common logical sense.

"Freezing 1623 accounts purely based on beliefs that there were activities involving corruption and smuggling of diesel, cigarettes and liquor, without actual evidences, is just simply unfair and lack common sense.

The request by MACC asking traders to come forward to prove their own innocence before accounts could be unfreeze, is just pure stupidity!" Junz said.

MACC should ONLY freeze the accounts when they have the evidences to prove that the traders are involved in smuggling activities. The traders should be charged after further investigation. Why is it the other around ???" Junz wondered.

Thus Junz demanded MACC to immediately release the frozen 1623 accounts until they have enough evidences.

Junz who is also DAPSY National Publicity Secretary wanted MACC to announce publicly out of the 43 locations raided simultaneously in Tawau, Sandakan, Keningau, Kota Kinabalu, Labuan and Semporna, how many were caught red handed with counterfeits.

"How many out of the 1623 accounts MACC has frozen, were done so with evidences?

I believe very few as I have learnt in many cases whereby MACC has clear lack of evidences and basis but freezes accounts anyway.

Some huge big "good reputation" corporations are not spared the hook?" Junz said

He believed most of the accounts were genuine trappers who have been victimized and suffered damages financially due to such inconsiderate action.

Junz also said that the victimized traders needed to operate their businesses as soon as possible in order not to suffer deeper in both business and financial aspects.

They needed to do their bankings and to pay their workers' salaries so Junz wanted MACC to clarify how long would MACC take to investigate 1623 accounts?

"There must be a deadline and MACC cannot freeze 1623 traders accounts indefinitely! So if MACC can't complete the investigations of 1623 accounts, then release these accounts first.

Please spare a thought for the workers & staffs who have families to feed." Junz urged

Junz who is also DAP Sabah Organizing Secretary proposed MACC to blacklist instead of freezing these accounts.

"Arrest, charge and freeze those found involved in illegal activities but the rest should not be dragged into the mess.

Give some time to investigate these accounts gradually as this is not a small matter but do not freeze all accounts and take your own sweet time for full investigation while the families of the workers suffering in misery." Junz concluded.