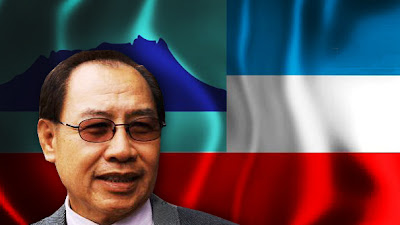 Kota Kinabalu:     “PM Najib must do more for Sabah and Sarawak and recognize both entities as nations in Malaysia and not just do piece-meal patching to resolve long standing security, development and welfare issues.  Just like patching up the pot-holes of the roads in Sabah, it will not be sustainable and will not resolve the problems in Sabah” said Datuk Dr. Jeffrey Kitingan, STAR Sabah Chief, in response to the PM’s focus on the three aspects announced over the weekend in Kota Kinabalu.

The still on-going chronic shortage of diesel in Sabah is a very good example of piece-meal patch-work solution.  While the just announced request for an additional 8 million litres diesel quota may help clear the queues at petrol stations, it did not resolve the long term problem.

The Government’s own excuse of diesel smuggling just exposes the weaknesses of the inefficiency and shortcomings of ESSZONE and ESSCOM.  Theoretically, there should be no smuggling if the ESSZONE patrolling is effective.  If diesel can escape detection, one fears for the safety of Sabahans when it comes to illegals coming and going into Sabah.

If the diesel shortage is due to additional demand arising from increased productivity and production, it should have been projected and adequate supplies provided to cover for the additional demand as the shortages is not new but a frequent occurrence.

For example, after promising to build the Labuan bridge during the PRU-13 election campaign, the federal leaders are now singing a different tune that the Barisan Nasional only promised to undertake a study into the feasibility and benefits of the Labuan bridge and did not actually promise to build it.

If this is part of the “Janji DiTepati” BN Manifesto, Sabah will remain and continue to remain the poorest State despite its abundant natural resources particular oil and gas.

The problems of under-development and welfare of Sabahans especially being the poorest in Malaysia needs an overhauled holistic approach.   The under-development and poor infrastructure and lack of basic amenities is compounded by the sheer size of Sabah, which is equivalent to the size of 9 States in the Peninsular, and the treatment of Sabah of a far-flung colony of Malaya and its resources and wealth taken back “home” to fund its development.

The PM must firstly recognize and help to strengthen the delivery capacity of the Sabah government and remember that Sabah is a nation in Malaysia and not equal to tiny Perlis (Sabah is 90 times the size of Perlis) or the other Peninsular states.
Along with this recognition, the Federal government must return 40% of the net revenues collected from Sabah and be transparent about these collections.   Revenues of Petronas, multi-national petroleum companies and other corporate entities which derive their profits from Sabah should be acknowledged as revenues from Sabah.

Whether it is RM40 billion or RM4 billion collected a year, 40% of the net revenues should be returned to Sabah?  There are no excuses!  This additional revenue for the Sabah government will improve the economy of Sabah by leaps and bounds and help alleviate and reduce the poverty levels of the people.

The Federal BN government should stop holding the Sabah government and Sabahans to economic ransom and to be bought and used every 5 years come election time.   Sabahans must also wake up to face this reality and not accept RM200 bribes and BN’s “Tangki Biru 1-Malaysia” in return for their precious votes.

If Najib is serious and sincere in developing Sabah and helping Sabahans, he should dismantle the parallel “federal-linked” government in Sabah and return the governance of these departments and affairs to the Sabah government.

At the same time, Najib should establish a high level Borneo Affairs Commission or a Sabah Sarawak Commission or even a Ministry to address the issues and problems in Sabah and Sarawak.

There can be no better time than 2013, which marks the 50th anniversary of the formation of Malaysia, which will go towards in a small way to fulfil the intentions of the founding fathers of Malaysia.

The MPs from Sabah and Sarawak also need to take the cue and demand that their homelands, Sabah and Sarawak, be treated fairly and justly by the Federal government in terms of development and welfare assistance and should no longer accept crumbs.  After all, some RM40 billion and RM18 billion in oil revenues were taken from Sarawak and Sabah respectively in 2012.
Posted by sabahkini.net at 22:11