WHY NO ACTION ON TREASONOUS OFFENCES, ASKS BOPIM 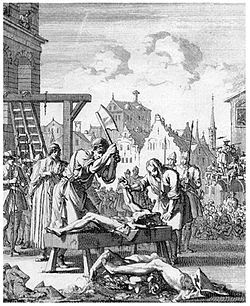 KOTA KINABALU: The government must act and enforce the laws on acts of treasons going in the country, says the Borneo Plight in Malaysia Foundation (BOPIM).

The President of the UK-based BOPIM, Daniel John Jambun, said in a statement here that acts of treason which have been exposed to the local and international public have brought shame on the government of Malaysia which is now seen as compromising on its own laws.

"The latest to surface on this is the revelation by former Sabah Immigration Department deputy director Ismail Ahmad who told the on-going RCI hearing that politicians had attempted to interfere in the agency’s enforcement work against illegal immigrants," Jambun said. "But what is most shocking is that there is no hue and cry from the Sabahan leaders in the Barisan Nasional.

"We all know by now that this admittance by a senior government servant is only the tip of an iceberg submerged in a sea of corruption and injustice. What we have heard from the RCI hearing are a lot of shocking revelation of outright treasonous acts by officials in the National Registration Department (NRD), the Immigration Department, among the nation's top leaders, and even the police," he added.

He said the revelation by Ismail Ahmad is a clear indication that our country is ruled by corrupted politicians who don't give a hoot about the laws which they themselves passed in parliament. Political leaders don't have the slightest qualms about committing treason against the Yang DiPertuan Agong for their self-interests. In his testimony before the RCI panel last week, Ismail said that state assemblypersons.

Had asked the Immigration Department not to act against people deemed to be aligned to them by saying, "These are our people don't disturb them." Due to such incidences, Ismail, who led a lab in 2010 on how to resolve the flood of foreigners in Sabah, had proposed that a letter be issued to all state assemblypersons warning them against interfering in the enforcement activities of the relevant authorities. Furthermore, a proposal was also made to order all local authorities to assist and cooperate with the Immigration Department in enforcement operations against illegal immigrants.

"What is important now is to launch comprehensive nationwide investigations on acts of treason beginning with the infamous Project IC and down the ranks to the officials in the NRD and Immigration Department," Jambun said. "Unfortunately the sense of accountability and responsibility among government servants have deteriorated so much that they too have no sense of guilt in bending the laws themselves, because they know their own leaders are corrupted.

"A perfect example of this bending of the law happened last week when an Indonesian was found to be holding a fake IC. Instead of being bound to jail, this Indonesian as given the luxury of being escorted by the authorities to the Indonesian Consulate to get an Indonesian passport! This is ridiculous. Why wasn't the woman held for holding a fake IC instead? This simply went to show how our government officials have been indoctrinated by our corrupt leaders to simply sidestep the laws with impunity," Jambun said.

"It is again regrettable that our leaders keep being quiet about all these. Upko, PBRS and PBS leaders should have immediately denied they had anything to do with the interference with the Immigration Department's action on illegals, and demanded that the names of the YBs concerned be revealed for action based on national security laws," he added. "Instead we had another case of paying dumb and dumber.

"I would challenge the BN and the Prime Minister to do the right thing and stop this rot in the country's governance regarding national security, and not let the corruption drag us further down the international transparency index. Treason is a heinous crime and those who commit it should be dealt with the severest measures provided by law."
Posted by sabahkini.net at 11:29