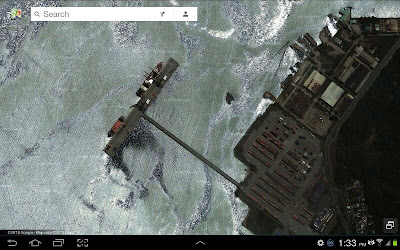 ADUN LIKAS Junz Wong has received many complaints that Sepangar Bay Container Port has failed to offload the containers on time which has caused 7 ships to be queuing for berthing for more than a week now.

Sepangar Port has been inefficient to deliver by the industry standard via one-day for clearance (Sepangar Port used to deliver approximately 2 years ago) and thus causing shipping agencies almost a week delay to deliver their containers to respective owners.

Since 22 July many ships have anchored on Sabah port and these ships have been waiting for last one week to be given their berthing time.

At least 7 ships are still queuing for their actual berthing time as shown per vessel arrival and departure graph attached provided by Sepangar Bay Container Port.

In some occasion, ships could not wait any longer and actually departed for other Ports such as Brunei or Kuching causing longer delay for shipping agencies to clear their containers and also incur more costs which would be passed down to the consumers at the end of the day.

Junz Wong who is also Sabah State Assistant Secretary said that Loss incurred by some manufacturing business owners and Wholesalers due to Port delay has been depressing as well.

Perishables goods must be delivered within given period of time or the goods would turn bad and turned into losses. It would also cause Businesses to suffer from profit to loss due to the delays because Irregular delivery time would result to a situation whereby supplies of the same goods flooded the markets therefore business owners have no choice but to clear stocks underpriced.

Junz Wong who is also DAPSY National Publicity Secretary has demanded Sabah Port authorities to come clean with their inability to cope and what is their strategic plan to resolve and ensure such problem would not happen again.

Why should stakeholders such as manufacturing, wholesale, shipping, forwarding players and most importantly Sabah consumers pay for the delay caused by Sabah Port inability to deliver?

If this persists, Sabah State Government must work out some kind of "cost-sharing" formula to make Sabah Port compensate for their failure to deliver on time and so they will always deliver.

Sabah Port inability to deliver has indeed become a bottleneck to Sabah economy and hampering the manufacturing industrial development and indirectly contributed to the higher costs of living in Sabah. Maybe its time Sabah State Government to consider taking back Sabah Port through de-privatization. Junz concluded
Posted by sabahkini.net at 21:46