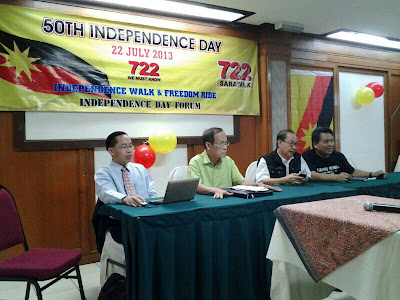 Kota Kinabalu:    “Sabah should celebrate and commemorate its independence on 31st August as it marked the day Sabah was freed from the yoke of Colonialism and became an independent and free Nation”, said Datuk Dr Jeffrey Kitingan, Chairman of the Borneo Heritage Foundation (BHF).

For Sabahans and Sarawakians, their Independence is even more significant than Malaysia Day because its signifies self-rule and would have been theirs even if Malaysia did not materialize. 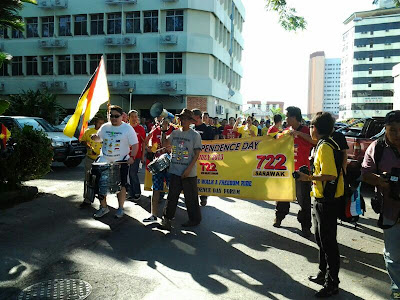 “Malaysia Day” on 16th September, Dr Jeffrey said, should be called “Federation Day” as that was the official day we formed the Federation of Malaysia.  The four nations of Malaya, Singapore, Sabah and Sarawak agreed to form Malaysia with conditions that their newly acquired independence and individuality would be maintained except for security matters including national defence, internal security and international affairs. 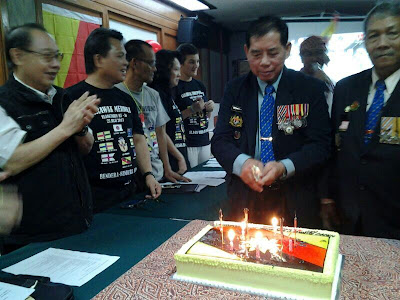 These conditions were contained in various documents including the 20-Points (Sabah), 18-Points (Sarawak), the IGC Report, the Cobbold Commission Report and Article VIII of the Malaysia Agreement. 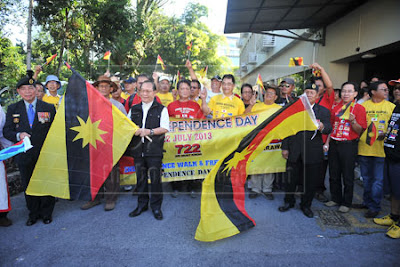 Unfortunately, the reality today is that Sabah have been literally ‘taken over by Malaya under the guise of the Federal Government and is now functioning as the 12th subservient State of Malaya = Malaysia!

That is why Sabahans must wake up, realize and take action to remind themselves of who they are, what is Sabah and recover their legitimate rights as a sovereign nation.

The Government of Sarawak has taken that important step to celebrate their independence day on July 22nd, why not Sabah?

Recently, the Borneo Heritage Foundation organized a “Independence Walk and Freedom Ride” and a “50th Independence Day Forum – 722 We Must Know” to mark Sarawak’s 50th Independence day in Kuching.  Amongst the papers presented at the Forum were “Sabah, Sarawak are Nations in Malaysia”.

The matter now rests with the Sabah Government to emulate their more patriotic counterparts in Kuching and take the necessary steps to celebrate Sabah’s Independence Day this 31 August which marks its 50th anniversary.
Posted by sabahkini.net at 15:55