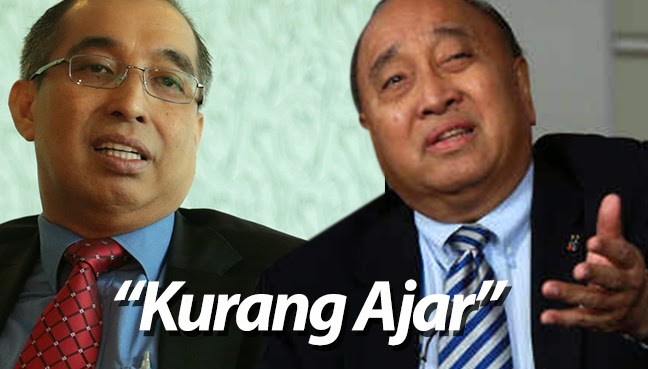 Philanthropist Robert Phang ticks off Sabah Speaker for being disrespectful to Mahathir Mohamad.

KUALA LUMPUR: Robert Phang, the founder and chairman of the Social Care Foundation has hit out at Salleh Said Keruak, the Sabah Speaker for making disparaging statements about former prime minister Mahathir Mohamad and has told him to show some respect towards one of Malaysia’s highly regarded leaders.

“Salleh Keruak, don’t be ‘kurang ajar’ to our nation builder! You are a very arrogant and irresponsible leader to make such statements.”

He also accused Salleh of being quick to forget the contributions of Mahathir who had done much for the country while he was premier.

“I am very shocked at what Salleh Keruak has said about Tun Mahathir. Has he forgotten the fact that Mahathir has contributed tremendously to the development and well-being of Malaysia?” he asked.

Phang, was referring to Salleh’s doomsday predictions regarding Barisan Nasional in the next general elections and the Sabahan’s personal opinion that Mahathir had to share the blame for the failure of Vision 2020, mostly because it was too idealistic in nature to succeed.

Incensed by these remarks that appeared on Salleh’s blog yesterday, Phang gave him a lesson in humility and admonished him by saying, “You need to practice and implement the fundamental Malaysian tradition, that you respect your leaders.

“If you have any difference of ideas, seek advice or guidance from your leaders instead of lashing out in public.”

Phang heaped much praise on Mahathir and observed that Salleh had failed to follow in the former prime minister’s footsteps and had preferred instead to throw harsh criticism at him.

“Everybody knows Mahathir has a warm passion to guide and teach the younger generation. Why have you not chosen this path? Instead you chose to write statements tantamount to query and insult,” he said.

Phang also defended Mahathir’s blunt statements and attacks on Prime Minister Najib Razak’s leadership in recent weeks, saying he had every right to make his fears known as he only wanted what was best for the nation and to see Vision 2020 realised.

“I’m dismayed that you have not changed for the better,” Phang said of Salleh and added that even Najib would not have appreciated Salleh’s attacks on Mahathir.

“Najib was brought up with good family and traditional values; do you think Najib will appreciate your statements?” he asked Salleh. (Free Malaysia Today)
Posted by sabahkini.net at 12:03