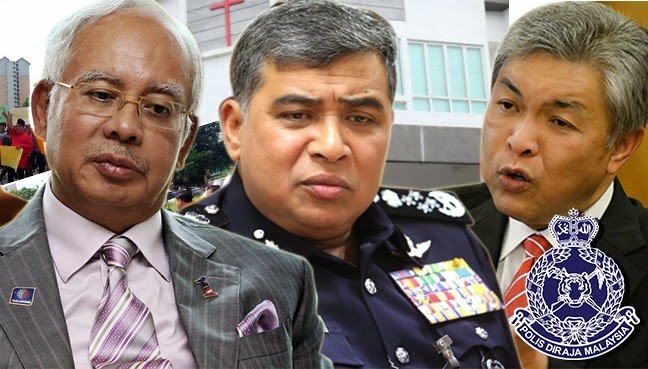 Najib said the country must respect the religious practices of others as enshrined in the constitution.

KUALA LUMPUR: Prime minister Najib Razak said the people must obey the laws of the country and respect the religious practices of the various faiths as enshrined in the constitution.

He said the cabinet today discussed the actions of a group of residents who protested against the installation of a cross outside a shoplot used as a church in Taman Medan, Petaling Jaya on Sunday.

“Police will carry out an investigation on the group who held a protest in Taman Medan. If they are found to have violated the country’s law, action will be taken under the Sedition Act or other existing laws,” he said in a statement, here today.

He said the cabinet felt that the protesters should have discussed their objections with the relevant parties and should not have taken action that could lead to unrest among the multi-racial community in the country.

“The Sedition Act aims to ensure peace and racial harmony in the country and it protects all religions and races,” he said.

Yesterday, home minister Ahmad Zahidi Hamidi was quoted as saying that action could be taken against the demonstrators under the Sedition Act as it involved religious sensitivities.

Yesterday, Inspector-General of Police Khalid Abu Bakar said the matter had been amicably settled between the congregation and the protesters.

Khalid pointed out that the police would not be prejudiced in enforcing the law if there was any breach of the law.- BERNAMA
Posted by sabahkini.net at 01:11