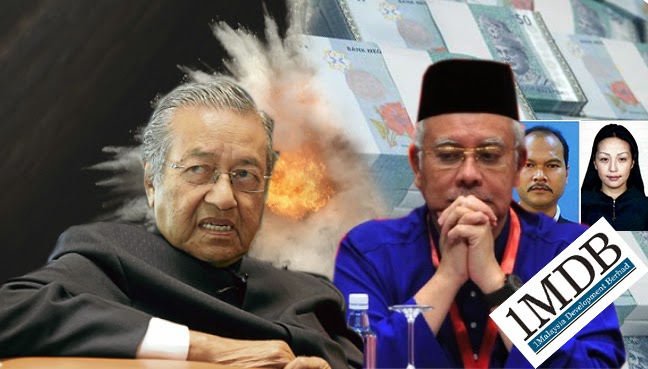 It will convince the public that he truly cares for justice and the nation's wellbeing, says blogger Shahbudin.

In a blog entry that reviews Mahathir’s most recent attacks against Najib, Shahbudin Husin says it is time for the former PM to take concrete steps to address his concerns on the two issues.

He acknowledges a statement from the Barisan Nasional Backbenchers Club that Najib would soon respond to the attacks, but he also notes a news report quoting Mahathir as saying that he is no longer interested in any closed door meeting with Najib or any explanation he might have to offer.

Shahbudin says it appears from his recent statements that Mahathir has concrete evidence about the Altantuya murder and the 1MDB controversy that would be detrimental to Najib and would force him to resign from his positions as Umno President and Prime Minister.

“His latest attacks are specific and aimed directly at Najib,” he notes.

Citing Mahathir’s revelation that Altantuya murderer Sirul Azhar Umar used to serve as his bodyguard, he says the former prime minister appears keen to let the public know that he is in possession of information that he has, until now, been reluctant to reveal.

Among other things, Mahathir has said that “when Sirul was with me, he didn’t kill anybody”. Such a statement, according to Shahbudin, was clearly aimed at raising suspicions against Najib.

“Perhaps it will do some good for now for the former prime minister to take a step forward by lodging a report with the police and submitting whatever evidence he may have in connection with the Altantuya murder and the 1MDB scandal,” Shahbudin says.

He says Mahathir would be demonstrating courage born of conviction and sincerity if he were to lodge a police report himself instead of expecting others to do so.

“The public will be convinced that he truly cares for justice and the wellbeing of the nation. The rakyat will salute him. Perhaps thousands of them will be willing to chaperon him to the police station.” (Free Malaysia Today)
Posted by sabahkini.net at 14:52