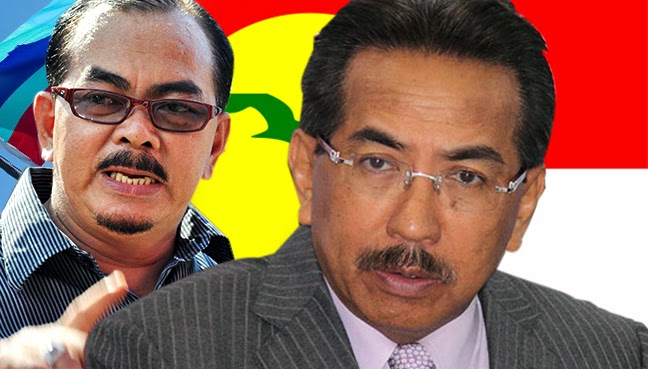 Jumat Idris has two weeks to appeal his suspension and has denied he was part of a plot seeking to overthrow the Sabah Chief Minister.

KOTA KINABALU: Umno Sepanggar has now been left without a divisional chairman following the suspension of Jumat Idris, so much in the news recently for openly criticising Sabah Chief Minister Musa Aman.

Jumat has two weeks to appeal against his suspension which he has declined to comment on so far. He did not deny the suspension but also refused to confirm it. It’s learnt that the Umno Disciplinary Board made the decision two weeks ago but it was only enforced last weekend, according to sources cited by local papers.

The suspension follows a complaint lodged by three Umno Sabah leaders viz. Armani Mahiruddin, the Wanita Chief; Shahelmy Yahya, the Youth Chief; and Normalah Razik, the Puteri Chief. They urged stern disciplinary action to be taken against Jumat following an allegation that he called for Musa to be replaced as Umno Sabah Chief and Chief Minister.

Jumat, in an immediate response in Facebook then, had declared that “the party would be weakened, without democracy, if party members are not allowed to speak up. Muhyiddin Yassin called for Badawi to make way for Najib. No disciplinary action was taken against Muhyiddin.”

It’s learnt that Jumat was suspended for openly criticising Musa in the social media and calling for the resignation of Kota Kinabalu Mayor, Abidin Madingkir, who is Orang Asal and Christian. Another reason reportedly was Jumat being among eight Umno divisional chiefs who had a meeting on July 10 last year with Prime Minister Najib Abdul Razak.

Jumat then explained, “…it’s normal in any organisation to pave the way for a smooth transition”. He denied that he was part of a plot seeking to overthrow Musa.

A Umno Sabah divisional leader was released by the Malaysian Anti-Corruption Commission (MACC) in mid-October last year after being held for one day to facilitate investigations into a corruption case.

MACC director of investigations Mohd Jamidan Abdullah, in a statement then, said the suspect was under investigation for alleged criminal breach of trust (CBT) involving RM300 million.

“He’s being investigated under Section 17(a) of the Malaysian Anti-Corruption Commission Act 2009 for allegations of corruption elements involving a government owned land compensation deal,” said Mohd Jamidan. “He was released after his statement was recorded.”

Jumat, who denied that he was the suspect, took issue in a Facebook posting on the detention. He thinks that it could be motivated by revenge on the part of those against the “transition plan”. (Free Malaysia Today)
Posted by sabahkini.net at 13:54