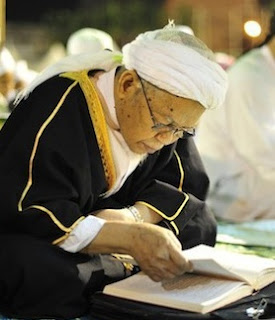 BROWSING through Malaysia’s Internet news portal and blogs alike, there is a sense of confusion and panicking in UMNO camp, very serious one no less crucial than when the Malay had two UMNOs.

UMNO leaders have been trying hard to entice PAS leaders to rejoin BN some were tempted no doubt. But a leader like Tok Guru knows what it is like in UMNO’s fold.

His rock solid stand surely tough to crack, his steadfast is something that our leaders can emulate; a no u-turn to BN is a great example.

UMNO is so desperate, according to the former vice chancellor UTM Tan Sri Nordin Kardi, who views that DAP is much suited for UMNO compare with MCA or Gerakan. We didn’t hear this kind of remark 50 years ago. What does this mean?

Minus non-Malay supporters, UMNO can’t form Federal Government by itself, this is why so much of race and religious bashing in the making. The idea is to poison the mind of other Malays who are either with PAS or those who are least interested to vote for BN. With the uncertainty where would the 57 Borneo seats go?

Borneo voters begin to see its Federal Government that needs Sabah and Sarawak more than the other way around. Thus tempering with gula2 may no longer sufficient to lure the headhunters this time.

PAS and DAP are much more matured now compare with UMNO. But it’s PKR, which many people are weary about. Some PKR leaders were grown up and crafted by UMNO, some even behave like the former whilst, a few jumped ship. Thus there is no reason why people aren’t watchful.

In the last few months they were people accused SAPP that if it wins, it will join BN but history of SAPP has shown, it opted out of BN with principle and dignity, none of SAPP leaders jumped boat so far.

SAPP will lend it support to Pakatan to form Federal Government and no question about it.

The battle to topple BN at state level must be worked out and this ideal should be accepted in reciprocity.