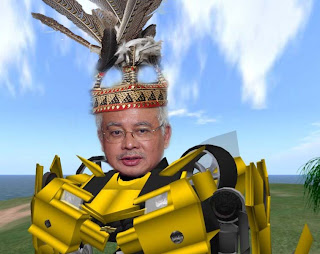 THE Malay race inhabits particularly Peninsular Malaysia and portions of adjacent islands of Southeast Asia (SEA), east coast of Sumatra, coast of Borneo and smaller islands between these areas.

“TRACING THE ORIGIN OF THE MALAY RACE THROUGH THE MORPHOLOGICAL, HISTORICAL, SOCIO-CULTURAL AND GENETIC ANALYSIS

They were traced by anthropological evidence from the north-western part of Yunnan, in China .

The proto-Malays were seafaring people, probably from coastal Borneo who expanded into Sumatra and Peninsular Malaysia as a result of trading and seafaring activities.

The present day Malays, called Modern Malays of Peninsular Malaysia and coast of the Malay Archipelago are a mixture of different races.

They were described as deutero-Malays, descendants of the proto-Malays mixed with modern Indians, Thai, Arab and Chinese.

The history and the origin of the Malay race have been the subject of much speculation among scholars.

Since the Malays primarily reside within SEA, particularly Peninsular Malaysia, the prehistoric migrations into these regions must be taken into consideration.

The term Melayu or Malay‚ was also associated with the Hindu-Buddhist Srivijaya Empire (7th-13 centuries CE) believed to be located in the South-eastern part of Sumatra .

An Arab text dating around 1000 CE observed that travellers bound for China sailed through the sea of Melayu‚ that can be inferred to mean the Straits of Melaka.

On opposite shores of the Straits of Melaka by the 7th century CE or earlier, there were the domicile areas of the Malays, namely Sumatra and the Malay Peninsular.

1. To compile the genetic profile of the Malay race.

2. To study the history, social and anthropology of the Malay race.

3. To characterise the craniofacial, dental and ocular features of Malay race.

4. To correlate the genetic profile of the Malay race with their craniofacial, dental and ocular characteristics.

5. To correlate the genetic profile of the Malay race with its history, social and anthropology.

6. To trace the origin of the Malay race by using the genetic profile, anthropology, craniofacial, dental and ocular characteristics.

Various types of genetic markers are used in the study of the genetic components of the population.

These markers are autosomal and Y chromosome STR markers, mtDNA, Human Leucocytes Antigen (HLA) and lastly, the SNP genotyping which will be done using the Microarray 50K genechip system.

1. The tracing of the origin and the migration pattern of the Malay race.

2. Establishing USM as a part of the member of Pacific Pan-Asian SNP Initiative (PASNPI) organized by Human Genome Organization (HUGO)”

Dr Zafarina studies is one of the most cnclusive evidence of Borneo origins of the Malay race. They are not called Malay in Borneo, but Dusuns or Dayaks.

Dr Zafarina traced the genetic migration of the Dusunic speaking people of Borneo southwards in Borneo and along the way producing other tribes such as the Lun Bawangs, Bidayuhs, Ibans, etc. The Bidayuhs in turn migrated to Sulawesi and found the Bugis people. When the Dayaks or Dusun reached the southern tip of Borneo, they simply crossed over to Jawa and Sumatera.

Scientist has concluded that the Expres Train theory that the Malay race come from Taiwan were now discredited. Scientist found genes found among Polynesians (Hawaii) were not found among the indigenous Taiwanese. This shows the connection is missing.

Instead the theory goes that the Malay people who migrated from Indo China reached the coast of Borneo where the race and language of the Malayo Polynesian incubated. It was from Borneo that people migrated out to Taiwan, the Philippines and the rest of Insular Southeast Asia and the pacifics and the Indian ocean.

The proto Malays of Borneo were once great seafarers, reaching as far away land as Madagascar. Their migration led them to other Islands brought them to Sumatera, Jawa, Sulawesi, and then to the Pacifics Islands.

Dusun is about 30% similar to modern Malay. We know that modern Malay is only 30% indigenous, the rest were derived from or enriched by Sanskrit (Indian language), Arabs (during Islamic influence) and Chinese.

But the 30% indigenous are almost all similar to Dusun language in terms of sound and meanings. The followings are some Dusun/Malay similarity.

Eg mato for mata, tolingo for telinga, todung for hidung, dilah for lidah, siku for siku, longon for lengan, kulit for kulit, tonsi for isi, raha for darah, tulang for tulang, wulu for bulu, pusod for pusat, tuhat for urat, wotis for betis, etc.

Other words, kayu for kayu, watang for batang, roun for daun, bunga for bunga, tuah for buah, etc

others, wulan for bulan, watu for batu, tana for tanah, sawat for sawat (as in pesawat), osin for masin, onsom for masam, po’it for pahit, omis for manis, apui for api, matai for mati, pais for pisau, etc.

Others, iso for sa, duo for dua, apat for empat, limo for lima , onom for enam, etc.

There are hundreds of words that form the indigenous part of the Malay language.

The dusun origins of modern Malay is something to be researched further. The dusunic speaking people are quite widespread. The Bisaya of Sarawak are dusunic people, also the dusuns of Tutung and Belait Brunei. In Barito, Kalimantan, the several dusunic speakers are related to the dusunic language.

Even the Bajau language and most visayan dialects in the Philippines can be traced to the dusunic langauge.

According to Dr Zafarina, the dusuns produce the Bajau people (interesting). This correspond with the legend among Visayans that they came from Borneo.

It is ironic that the dusuns today are not constitutional Malay though scientific evidence now showed the Borneo origins of the Malay language.

The dusuns who populated Borneo did not find great civilization in Borneo. The credit must be given to their descendents who migrated to Sumatera and eventually became Malays through intermarriage with the more culturally advance Indians to form the seeds of the melayur kingdom.

Today it is true being Malay is a pride to many Malaysians. But the Malaysian Constitutional definition does not make them racially Malays. Officially, the word Malay is a religious identity, not a racial identity.

Ironically, the only other people who defined their ethnic identity in terms of religion are the Jewish people.

Even Arabs recognize Arab Christians as Arabs. But in Malaysia, one has to be a Muslim to be a Malay.

The Malaysian constitutional definition excludes Javanese, Filipinos, and other indigenous in Southeast Asia who are malayo polynesian speakers as Malays because they do not fulfil the constitutinal definition.

The Malaysian definition of a Malay reduced the number of ethnic Malay to just 25 million people wolrd wide.

Thus, the Malay history also started only with the advent of islam in the 14th century. Malay did not exist before the advent of Islam.

The term Malay was popularized by western anthropologists based on their readings of Sejarah Melayu, however, distorted.

The term Malay is now very popular, used even by President Gloria Aroyo to identify her Filipino racial heritage. Unfortunately, maybe she did not know, but the Malaysian Malays would have disputed her. She does not fulfill the Malaysian Constitutional definition to be a Malay.

Unless Malaysia change its constitution to make Malay a racial identity for Malayo Polynesian people, then the narrow definition would make the term Malay relevant to a small group of people in a sea of 300 million Austronesian Malayo Polynesian speakers.

As of now, to be a Malay is just like to be a Jew, where ethnicity is defined by religious identity.