‘MOTHER OF ALL THREATS’ NEGLECTED 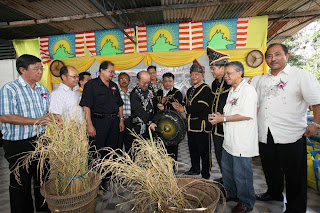 SABAH Progressive Party (SAPP) has submitted a 14-point memorandum on the illegal immigrant issue in Sabah entitled ‘Mother of All Threats’ to the Barisan Nasional (BN) government but it has never been acknowledged.

President Datuk Seri Yong Teck Lee said that the memorandum containing among others proposals on how to better manage the long withstanding problem affecting Sabah was submitted even when SAPP was still in the BN.

Speaking at the SAPP South Zone Pesta Kaamatan in Kampung Kalatuan, Kimanis near here Sunday, he said SAPP had submitted the memorandum just after the 1999 General Election.

Among the points included proposals to manage the maritime monitoring and requiring foreigners arriving using ferry from neighboring countries to put up a RM500 bond that would be forfeited if they failed to return using the ferry.

“We tabled this one-by-one in Putrajaya in front of the Prime Minister Datuk Abdullah Ahmad Badawi but before we finish our presentation he fell asleep.

“Yes, he fell asleep, we have witnesses but what to do he is an old man,” he said, adding that similar memorandum was also presented to Datuk Seri Najib Tun Razak and Datuk Seri Musa Aman but until now there was no response whatsoever from them. 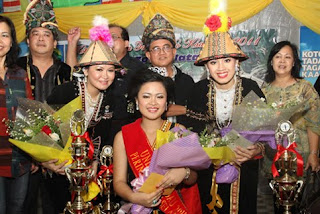 Yong believed that the BN leadership felt it was no longer necessary for them to response to the issue, especially after Parti Bersatu Sabah (PBS) returned to the BN’s fold in 2002, effectively ending the presence of opposition in the State Assembly then.

“Also they are reluctant to respond because it involves their ‘fixed deposit’,” he said.

Yong said there was a brief window of opportunity after the 2008 General Election when Sabah and Sarawak became the ‘kingmaker’ for the BN following its dismal performance in Peninsular Malaysia.

“Never before Umno needed Sabah more but still they did not listen; we say that if Umno refuse to listen to us then it is better that we leave the BN,” he said.

So in September 2008, he said SAPP and its leaders made a sacrifice to ditch the coalition.

“A day before we declared SAPP’s vote-of-no-confidence against Abdullah Badawi, I receive an offer letter for a senator ship, which I turned down because we don’t want position but we want is for the problems in Sabah to be addressed and there must be a change,” he said.

“I think we have a chance to make the changes after the election this year or next year,” he said.

Yong said during his tenure as Chief Minister of Sabah for two years and despite the short period SAPP managed to hold a major offensive against illegal immigrant in the Sabah involving the army and police.

Due to the comprehensive operations, many foreigners who were staying in Sabah illegally went back to their home country fearing prosecution, he said, adding that foreign workers were also regularised and given proper documents.

Migrant workers and employers alike were more relaxed because of the move, he said, adding ‘this should be the way’.