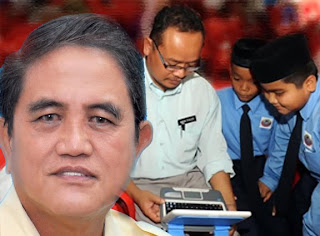 Sabah Progressive Party (SAPP) felt that the Education Ministry’s plan to transfer 80,000 Peninsula teachers to Sabah and Sarawak is worrying.

“Those young locals were not even given consideration when they applied for place at teachers training colleges either within or outside the,” Eric who is also Sepanggar Member of Parliament said in a statement, here, today.

He was commenting on the Ministry’s plan which, was made public recently and were totally rejected by either one of the ruling coalition party member as well as the opposition parties.

On the State Education Department’s statement that more than 20 per cent of the teachers placed all over Sabah are outsiders, Eric said the real figure could be higher.

He said most of the teachers currently placed either at Primary or Secondary schools statewide are outsiders so the percentage must be higher.

“I was informed that recently there were closed door interview for teachers intake which, was held at Telupid, but most of the applicants went home disappointed. Such intake must be held openly and not in secrecy as it could reflects that the government is trying to hide something,” he said.

Eric further said that it seems that the locals are being marginalised while Peninsula youngsters are given priority. He added that senior local teachers were also sidelined in terms of promotion.

According to him, many senior positions either at Primary or Secondary schools such as principals, headmasters and senior assistants went to teachers from Peninsula.

He said teachers from Peninsula are also given better and more allowances like housing, hardship and others while local teachers were being neglected.

“I always raise-up problems of local teachers but seems ignored by the Ministry,” he added.