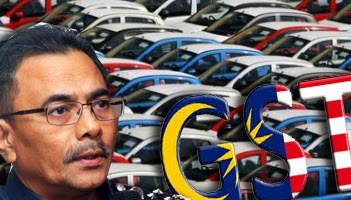 KUALA LUMPUR: On the whole, motor vehicles will be cheaper from April 1 when the Goods and Services Tax comes into force, said Customs director-general Datuk Seri Khazali Ahmad.

He explained that the new tax rate was 6%, while the current sales tax on vehicles was 10%. The vehicle sales tax will be abolished on April 1, he said.


However a motor trade spokesman said he did not expect a significant drop because the higher foreign exchange costs would offset the lower tax paid.

Khazali said there had been doubt as to whether vehicle prices would go up or down. This arose from confusion among car dealers about how they would dispose of vehicles for which they had already paid 10% vehicle sales tax.

“The Customs will reimburse the dealers the 10% tax once they produce documented proof that they have paid the tax but had yet to sell the vehicle as of March 31,” he said.

Kuala Lumpur and Selangor Car Dealers and Credit Companies Association president Khoo Kah Jin said he did not expect a significant drop in vehicle prices as the difference was likely to be offset by the prices of imported vehicle components due to the higher exchange rate.

“The vehicle prices will go down by between two and three per cent with the GST,” he said.

“However, the prices may increase slightly depending on the foreign exchange rate because most vehicle components are imported, for example from the United States, Europe and Japan,” he said.

Khoo said used car prices would also be subject to GST but these prices would be placed under the margin scheme to avoid double taxation.

“Buyers (of used cars) will not be affected by the prices as the GST will be imposed only on the dealers based on the profit from a sale.