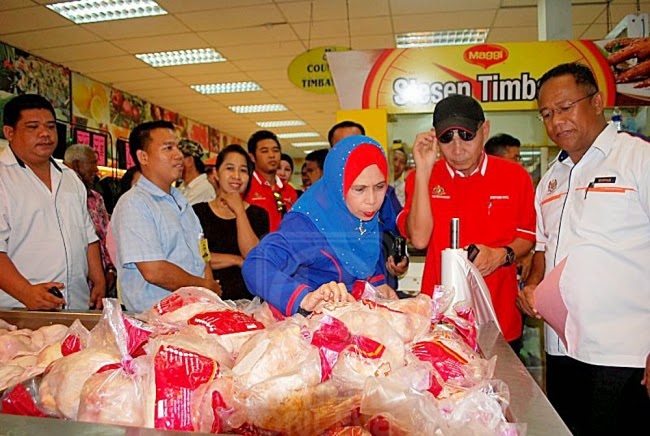 ADUN LIKAS Junz Wong wanted to make an official complaint to State Community Development and Consumers Affairs Minister Datuk Jainab to report on government linked corporations GLCs and agencies for increasing prices of goods tremendously in response to her call for consumers to use their rights to report traders.

"Where can we report GLCs who have increased prices tremendously to?" Junz asked Jainab.

Junz quoted the water utility provider as an example. He said why have the relevant Ministries allowed the water charges to be increased indiscriminately ?

He received complaints that some coffee shops have experienced more than 100% increment. "That was totally unacceptable! Review water charges immediately" Junz said.

"So how could the traders not increased prices when the Govt increased prices of the essential goods through these GLCs or agencies or district councils? Of course that will affect their operational costs and thus they will be left with no choice but to increase their prices. Come on. Be fair to traders." Junz said.

Junz who is also DAP Sabah Organizing Secretary called on the State Government to suspend all the implementations of all policies and by-laws which would affect the operational costs of private sectors.

He advised the government to give the private businesses some grace periods of at least six months to cope with GST implementation.

"We cannot take for granted and assume every business will do well and cope well with the complicated GST. It takes time for businesses to adjust to the new environment." Junz said.

"Will the govt hold on to the implementation of various policies which will affect the cost of businesses at all levels and give the private sectors some time to adopt?

Will the govt understand the problems and difficulties of the people and willing to adjust to help people get through the hard time of adopting to GST?" Junz asked.

A people-oriented Sabah Government should sail through this difficult time together with the people and don't let them drown in their misery helplessly. Junz concluded.
Posted by sabahkini.net at 15:53