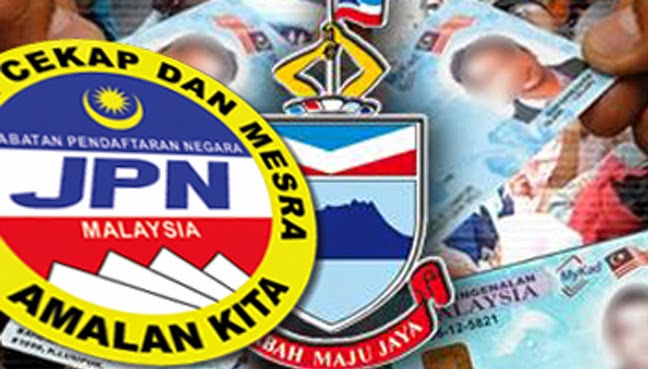 The Chief Judge said Pakistanis in Sabah should be asked to produce valid passes.

KOTA KINABALU: Chief Judge of Sabah and Sarawak, Richard Malanjum, remarked on Wednesday, after hearing the cases of five Pakistani nationals charged with possession of fake travel documents, that the Director-General of Immigration should be held answerable for the problem. He added that Pakistanis in Sabah should be rounded up and asked to produce valid passes. “There are so many of them here. We don’t know whether they hold valid papers.”
The Sabah Immigration Department is headed by a Director.

Four of the five Pakistanis, convicted in a lower Court of possessing the fake travel documents, told the Chief Judge that they had bought them from immigration officials. Sohrab Khan, the fifth Pakistani, claimed that he forged the document himself.

The Chief Judge set aside the RM10,000 fine imposed on the five by the Sessions Court. However, he enhanced the jail sentences which had been imposed by the lower Court.

Sartaj Khan, 22; Saleem Nawab, 32; and Iqbal Hussain Gul Wazir, 37, all had their three months jail increased to 18 months. The jail sentences of Ibrar Khan Ibrahim Khan 22, and Sohrab Khan were increased from three months to 20 months.

All five men were charged with using forged documents, an offence under Section 471 of the Penal Code and punishable under Section 465 of the same Code, which carries a maximum jail term of two years and a fine.

Deputy public prosecutor Nik Syahril Abdul Rahman earlier told the Court that the sentences imposed by the lower Court was inadequate, and pointed out that there was an increasing influx of foreigners in Sabah, especially from Pakistan.

Sartaj Khan, 22, in response to a query by the Chief Judge, told him that he came to Sabah since he couldn’t find employment in his country. Sartaj, who held a fake document, said that he purchased it from an Amir, also a Pakistani. He did not know whether Amir was an immigration official and also did not know the document was a fake. “Amir has returned to Buner, Pakistan,” he told the Judge.

Saleem Nawab told the Court that he purchased his document for RM5,000 from an immigration official through a Sher Rahman, a Pakistani, who has since fled the country.

Ibrar Khan paid a Idris only RM1,000 for a passport. Idris, who said that he could “create” a passport, also arranged a bogus local wife for him, The Chief Judge wanted to know the whereabouts of Idris but Ibrar Khan said that he had gone to Pakistan but he could tell, from his accent, that he was not a Pakistani. Ibrar Khan was detained in Menumbok on his way to Kuala Lumpur via Labuan. He was returning to Pakistan.

Iqbal Hussain told the Court that a Bakthiar made false passports and also arranged bogus local wives at RM1,000 each. One woman’s name, he told the Court, was used for seven passports. (Free Malaysia Today)
Posted by sabahkini.net at 14:27