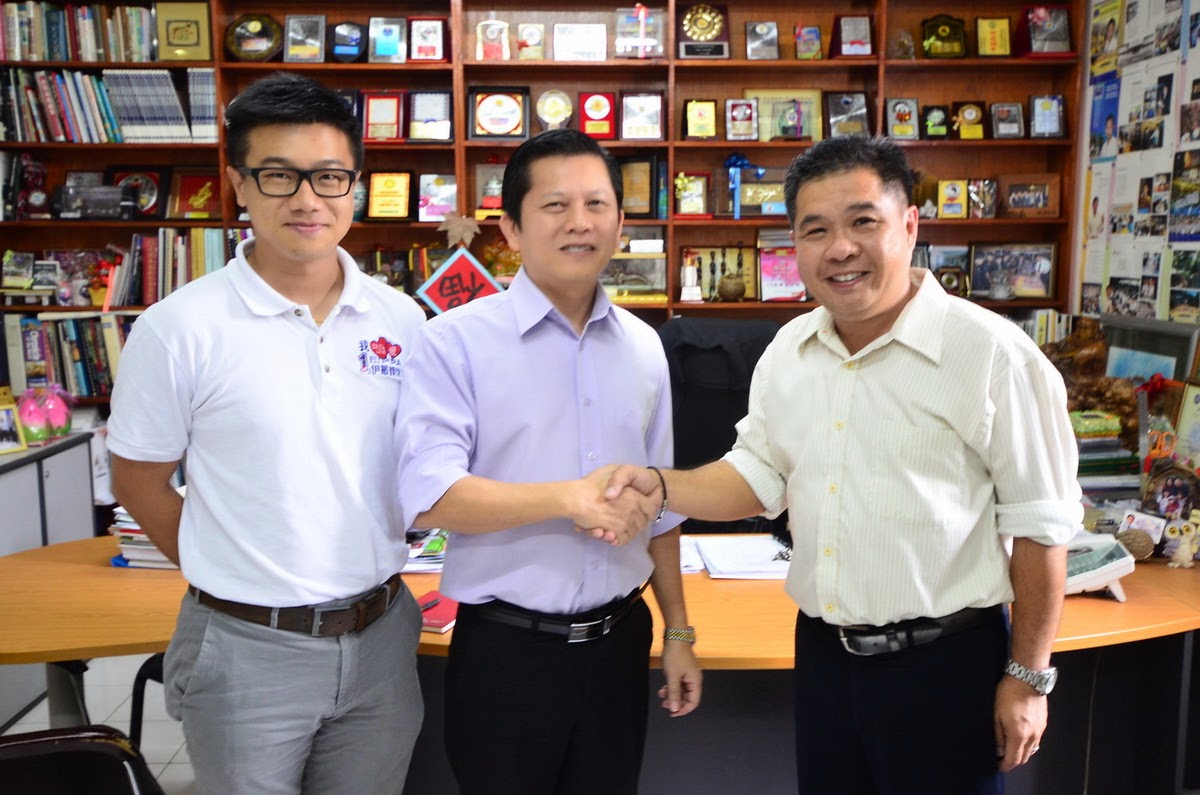 PICTURE SHOW….Au (middle) exchanges handshake with James as Chan looks on during the the courtesy visit by James


James who is also the deputy chairman of Sandakan Media Association (Pemassa) and Rear Commodore of Sandakan Yacht Club, received his appointment letter from the State Local Government and Housing Ministry last month and officially assumed duty on 2 March 2015.
The 50-year-old James has been in the journalism field for 22 years. He pledged to work closely with Au and his aides including Elopura Community Development Leader Chan Tzun Hei for the betterment of the local community in the constituency.
James expressed gratitude to Chief Minister Datuk Seri Panglima Musa Haji Aman, Local Government and Housing Minister Datuk Haji Hajiji Haji Noor, Assistant Local Government and Housing Minister Datuk Zakaria Haji Mohd Edris, Datuk Au and Chan for giving him the opportunity to serve the community.
Chinese Community Leader acts as a link between the community and the Government, to bring up problems raised by the people to the elected representatives and the relevant government departments or agencies for solutions.
Other tasks include disseminating accurate information on the government’s development agendas and policies that have been planned and implemented for the good and in the interest of the rakyat.


Meanwhile, Au hopes James will use his experience working as a journalist to assist the people. He looks forward having James to help cover issues affecting the local community in Elopura spanning from Mile ½ Jalan Utara until Mile 6 Jalan Labuk.
Posted by sabahkini.net at 14:07