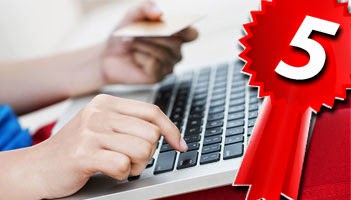 The main reason consumers use autopay is to make sure bills are paid on time.


Autopaying bills is a no-brainer. You are never late with a payment, and you do not have to spend all that time going through stacks of bills, filling out checks, and then stuffing and stamping envelopes.

But Brent Cumberford learned the hard way that automatic bill paying is not as simple as setting it up and walking away.

Last year, his natural gas was turned off because expected automated payments were not made, a canceled subscription kept getting paid and another canceled service automatically renewed itself.

Cumberford, 32, who runs the personal finance site Vosa.com and splits his time between San Diego and Calgary, resolved the natural gas situation without figuring out what exactly went wrong (the bank and the utility blamed each other) and got the automatic renewal credited back. But he is still dealing with the subscription.

“The lesson I learned was that it’s important to still track automated payments,” Cumberford says.

The main reason consumers use autopay is to make sure bills are paid on time. That is vital to their credit scores when it comes to debts like car loans, credit card balances and mortgages, but most other on-time payments are not recorded.

A recent study by credit reporting firm Experian Inc, however, suggests that including positive utility payment histories, which is not commonly done, could help elevate the credit scores of millions of Americans. The report also says people with thin credit histories would benefit from having a richer record of payments made.

As much as automation can be a positive, there are plenty of catches to be watch out for:

If you decide to pay from a different account, be sure all the changes are in place. Marketing consultant Peter Brooks, 56, of Vallejo, California, says it was a big hassle to re-enter all the payment information after he changed checking accounts.

2. Being short of funds when bills are paid

Not having enough money in the bank is a main reason not to automate bill paying. If you have a bill set up to pay automatically and you lack money to pay it, this could affect your credit history as much as forgetting to mail in the check. Being on time 99 percent of the time does not help you much, but missing one payment could hurt your credit score for years.

3. Continued withdrawals even if you stop using the service

Monthly recurring charges for services can keep occurring even if you asked for them to stop. A gym membership or subscription set to be paid automatically every month could lag a request to cancel. So it is vital to keep an eye out to see if withdrawals persist after you have canceled a service, experts say.

4. Inadvertently disengaging the automated payments by making one manually

Bob Girolamo, 41, of Chicago, who runs the startup data and statistics organizer Sorc’drcd.com), learned that the hard way. He says he made a manual payment for his health insurance that disengaged the autopay. He did not notice the missed payments until he received the cancellation notice.

Monitoring transactions is key to fixing errors. Greg McBride, chief financial analyst for Bankrate.com, says putting payment dates in an online calendar is one way to stay on top of what payments should be going out. “With 24-7 online and mobile account access, keeping tabs on your account is easier than ever,” he says. “Taking a matter of seconds each day is all it takes.” - Reuters
Posted by sabahkini.net at 15:07