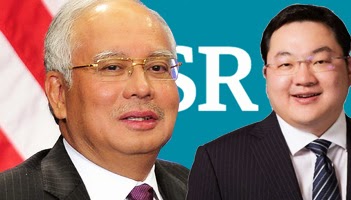 Najib, the website noted, had pledged that any wrongdoing at 1MDB would be punished.

KUALA LUMPUR: The Sarawak Report, the UK-based whistleblower website run by Sarawak-born Clare Rewcastle-Brown, a sister-in-law of former British Prime Minister Gordon Brown, has picked holes in a statement attributed in the media to the Prime Minister’s Office.

It stands by its numerous reports that the trail of emails, messages and communication in its possession show that controversial Hong Kong-based Penangite Jho Low was very much the man at the centre of the action at 1Malaysia Development Berhad (1MDB), the Ministry of Finance owned company touted as a strategic investment arm.

The statement had Prime Minister Najib Abdul Razak saying that Jho Low had nothing to do with 1MDB. “All decisions were taken by the 1MDB Board and management,” Najib was quoted as saying in the statement “full of contradictions”.

If so, SR wants to know, why did Najib instruct the Auditor-General to audit the 1MDB and hand over its report to the Parliamentary Accounts Committee (PAC). This was a contradiction in terms, the website noted.

Earlier, noted the website, Najib also gave 1MDB a clean bill of health after the company and its accountants briefed the Cabinet on the matter. The briefing was unprecedented in the history of the Cabinet.

Najib, the website noted, had also pledged that any wrongdoing at 1MDB would be punished.

Sarawak Report has been left wondering how any wrongdoing at 1MDB is going to be uncovered if Najib, at the same time has declared that everything was in order at the company. (Free Malaysia Today)