Sabah Council of Churches uphold the freedom of religious in Sabah 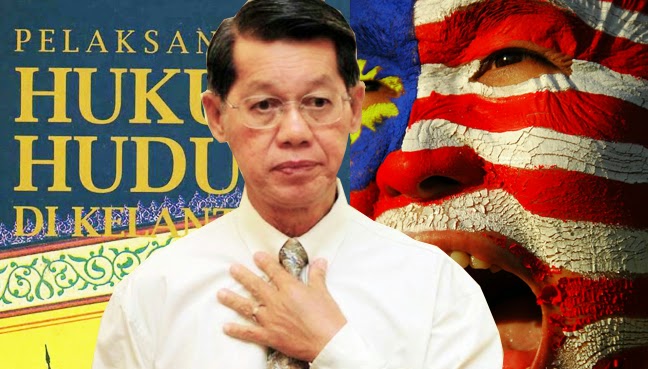 Given the severity of the corporal punishments provided under recent Kelantan’s Hudud Enactment, it has inevitably generated much controversies.

Among them are the legal difficulties arising from the conflict of laws, double jeopardy, qualifications of witnesses, federal versus state jurisdiction over criminal laws, etc.

Although the Hudud Enactment is presently stated to be only applicable to the Muslims, we feel duty bound to express the deep concerns and anxieties of the Christian community in Sabah, who in recent years have struggled to navigate the ambiguous and uncertain state of the law on religious freedom.

Our intention here is not to enter the political or legal debates, but to emphasize that the Federation of Malaysia, at her inception, is first and foremost a multi-religious and pluralistic society with rich varieties of culture and belief. This is most clearly demonstrated in the mix of cultures, tribes and peoples in the East Malaysian states of Sabah and Sarawak.

As Malaysians living in this multi-religious and multi-cultural country, it is our common duty to defend, and not to undermine, the very foundation of our beloved country, this blessed land in which we have come to appreciate and respect the beauty of each others’ religions, faiths, and cultures.

When the formation of Malaysia was being seriously considered, a Commission of Enquiry on North Borneo and Sarawak was formed, chaired by Lord Cobbold (the Cobbold Commission) and comprised of members from the Governments of the United Kingdom and Malaya (i.e. Dato Wong Pow Nee and Enche Muhammad Ghazali bin Shafie).

In their Report dated 21 June 1962, even the Malayan members of the Cobbold Commission, in their Recommendations on the topic of Religion, after considering the various views expressed by the people of North Borneo, said as follows:

“Taking these points fully into consideration, we are agreed that Islam should be the national religion for the Federation. We are satisfied that the proposal in no way jeopardises freedom of religion in the Federation, which in effect would be secular.”

[See Chapter 4, paragraph 148(e)(ii)] Earlier, in their Memorandum on Malaysia dated 3 February 1962, the Malaysia Solidarity Consultative Committee (comprised of delegations from Brunei, Sabah, Sarawak, Singapore, and Malaya led by Mr Mohamed Khir Johari), also expressed at paragraph 13 a similar view on the position of Islam in the new Federation of Malaysia:

The views expressed in the Cobbold Commission Report and the Malaysia Solidarity Consultative Committee Memorandum are consistent and in consonance with the earlier views expressed on Article 3 of the Malayan Constitution, as follows,

"I would like to make it clear that this country is not an Islamic State as it is generally understood, we merely provided that Islam shall be the official religion of the State" [Tengku Abdul Rahman (Hansard, 1st May 1958].

The above are the expressions of the true aspirations and intent of Malaysia as a federation of States in a secular polity as guaranteed by our Federal Constitution.

It was based on such assurances that our forefathers, from both sides of the South China Sea, came together to form this new nation of Malaysia, and thus they form the very foundation of our trust in and bond with our fellow Malaysians.

Hence, it would be inconsistent, and indeed a betrayal of the trust placed by Sabah’s forefathers in the Federation of Malaysia, for laws such as Kelantan’s Hudud Enactment – which will have a huge impact on the public as well as upon the multi-religious Malaysian society as a whole – to find a place in our Federation, a nation envisaged to be secular at its formation.

Therefore, the Sabah Council of Churches urges and calls upon all patriotic Malaysians, irrespective of religious persuasions and including the Kelantan State Government, to honour and defend the original intention of our founding fathers, and to strengthen the foundation of our Federation, and above all to focus and build on what unite us, rather than what divide us.


(President of Sabah Council of Churches)