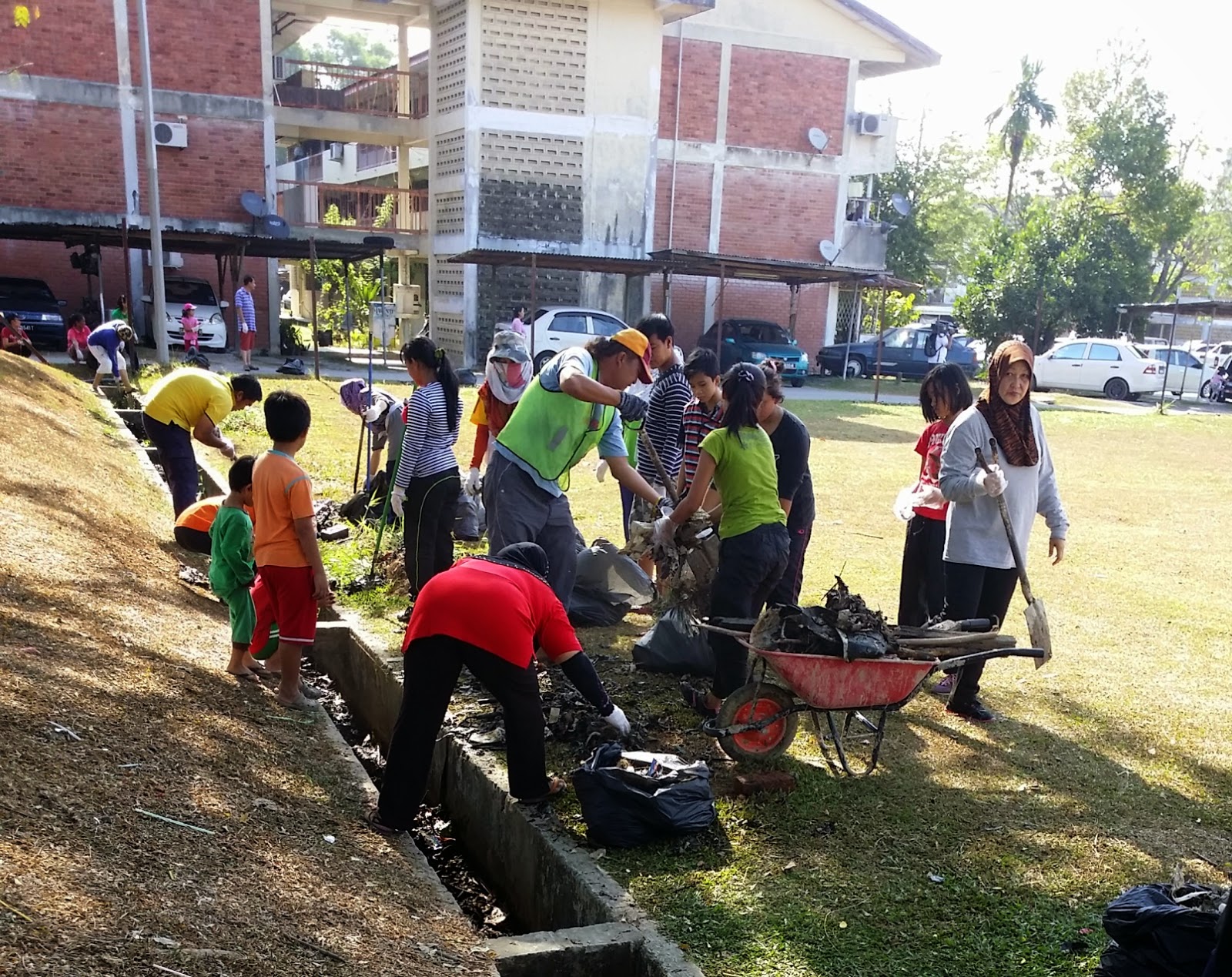 Some 200 over residents from the Kepayan Ridge Low Cost Flats in Kota Kinabalu turned up for the clean up gotong royong on Sunday morning 22nd March. The health department had sent their team to carry out Anti Denggi campaign for the people here, and at the same time giving them advices and health check. 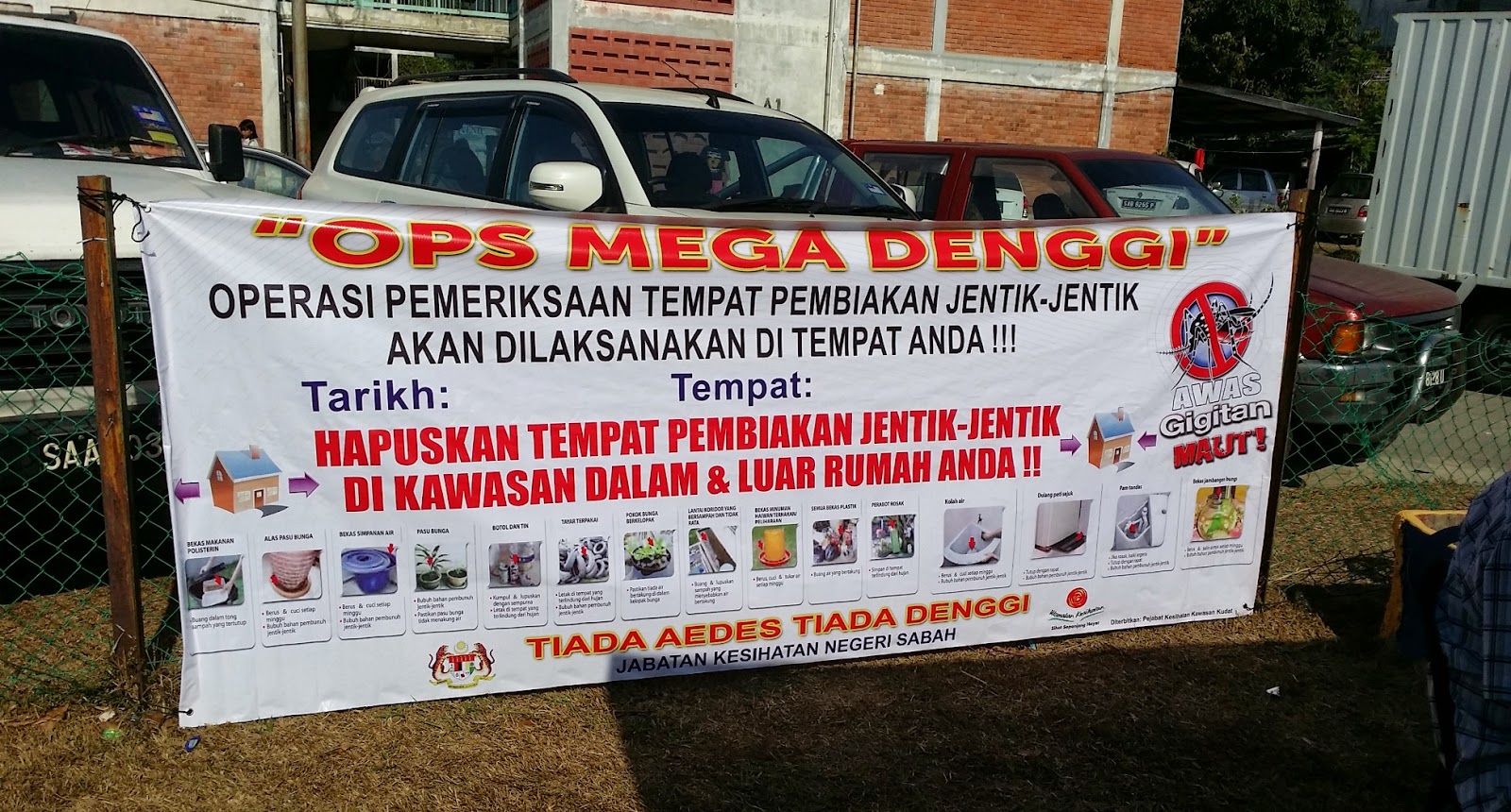 Together with the people was the MCA Luyang State Assemblyman who also officiate the start of the gotong royong. He brought along a box of the “ABATE” (powder for killing larvae in water) for distribution to the people in this housing area. 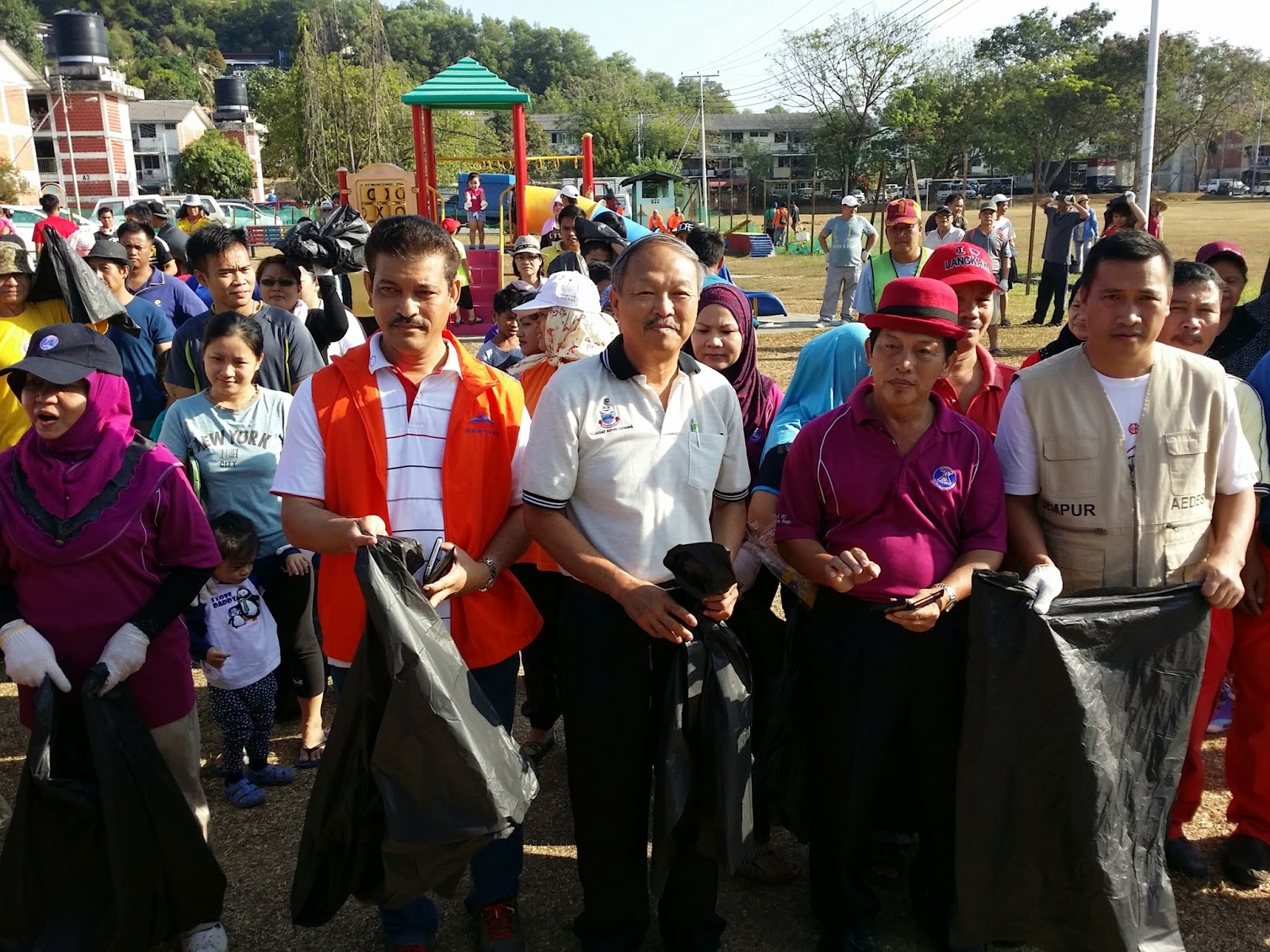 He advices the people not to throw rubbish everyway, especially the bottles and cans which will collect water as the breeding place for the AEDES. It is easier to put the rubbish into the rubbish bins then to collect them from the drains and the ground. We should help to keep our environment clean to avoid the spread of deceases and viruses. 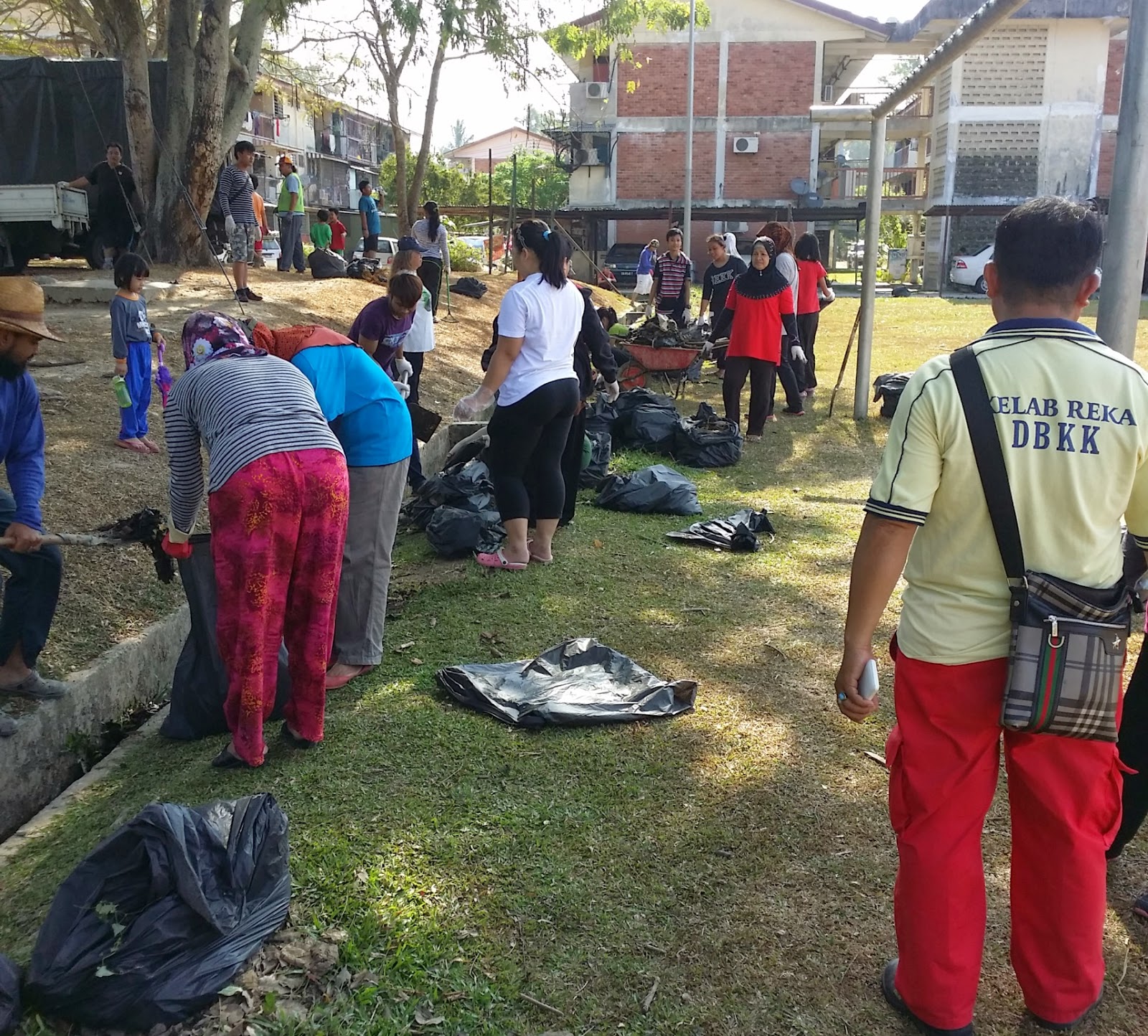 Hiew also thank the resident here for being so cooperative and came out in big crowd to support the gotong royong. But anyhow the fight against Denggi will continue and the health department has received new cases.

The battle is far from over, and we have to continue to put in more effort to ensure the situation is put under control. The health department has requested the Pejabat Adun Luyang to organize another gotong royong in Kampong Kopungit.