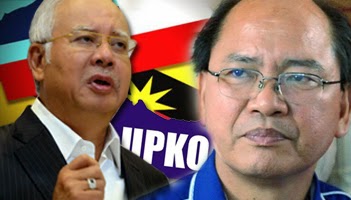 The tabling of the Bill is against the Federal Constitution.

KUCHING: The United Pasokmomogun Kadazandusun Murut Organisation (Upko) President Wilfred Madius Tangau has led Sabah and Sarawak leaders in saying that they will not back the private member’s bill on hudud if presented in Parliament.

He also disclosed that Barisan Nasional (BN) component leaders met with Prime Minister Najib Razak on Friday to discuss the issue and that the latter was of the opinion that the move by PAS was political.

“The Prime Minister called all the BN component parties and we have made a consensual stand which he will announce in a statement,” said Madius at party headquarters on Sunday. “The good thing about BN is that we work by consensus.”

Parti Rakyat Sarawak (PRS) President James Jemut Masing said: “My party will go all out to oppose it.”

He was speaking on the sidelines of the 11th Malaysia Plan workshop organised by the Sarawak Dayak Graduates Association (SDGA) on Sunday. “I have informed my six MPs of the party’s stance on the matter.”

“I have been advised that the tabling of the Bill is against the Federal Constitution.”

Madius, however, pointed out: “This particular Bill has something to do with religion and a Muslim member of the House cannot be seen as going against his own faith. If they go against their own faith then their constituents will be asking, ‘do you no longer believe in your faith?”.

He hopes that the Speaker, Pandikar Amin Mulia, will use his wisdom and not allow “that kind of private member’s bill to be ever tabled in Parliament”.

“Upko maintains our position that we will continue to safeguard what has been agreed in the Malaysia Agreement 1963 (MA63). MA63 is very clear that Malaysia would remain a secular state although Islam will be the religion of the Federation. Other religions are free to be practiced,” said Wilfred. “As for administration of justice, criminal and civil laws, it is very clear in the Federal Constitution.”

The PAS government in Kelantan, pointed out Madius, made a legislation that was clearly ultra vires the Constitution as the matter pertaining to civil and criminal law is within the ambit of the Federal Government.

“It is in the Federal list of the Federal Constitution. It is not in the state list, it is not the power of the state government but they went on to make a legislation that was not within their power. They also made legislation beyond what is allowed by the Syariah Court,” said Madius. “What is interesting now is for us to look at what the Court (is) going to decide on the Writ of Summons by Gerakan in Kelantan on the validity of the Kelantan Bill.”

DAP Sarawak views the tabling of hudud in Kelantan as “back-stabbing” by PAS. It would be meeting soon to decide on their future with the Pakatan Rakyat coalition.

“Given the betrayal, DAP will have no choice but to consider taking the final step to leave Pakatan Rakyat,” said DAP Sarawak Chairman Chong Chieng Jen. “I see no other option but the break up of Pakatan Rakyat Sarawak.”

Sarawak United People’s Party (SUPP) has also declared its stance against the tabling of the hudud bill in Parliament. “We are against hudud because it is unconstitutional and it affects the harmony of our multi-racial society,” said SUPP president Sim Kian Hui.

Similar statements are expected from other BN component parties in Sabah and Sarawak and opposition parties. (Free Malaysia Today)
Posted by sabahkini.net at 23:55