COFFEE: DRINK TO YOUR HEALTH 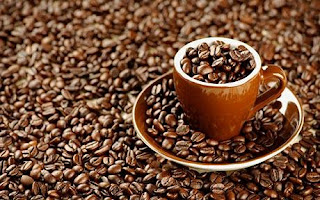 FOR many years, coffee was considered a vice, linked with sleepless nights and cigarettes. But scientists have discovered that coffee contains potent antioxidants that can fight numerous ailments, including heart disease and diabetes. According to the American Coffee Association, 54 percent of Americans drink coffee on a daily basis, and they drink, on average, over three cups each.

The diseases coffee can benefit include:

• Dementia. Drinking moderate amounts of coffee during middle age-classified as three to five cups daily can decrease the risk of dementia by 65 percent, according to a 2009 study by Swedish and Finnish researchers.

• Liver disease. In those who drink too much alcohol, those who drank the most coffee-more than four cups every day reduced their risk of developing alcoholic cirrhosis by 80 percent.

• Prostate cancer. A recent study from Harvard Medical School found that men who drank the most coffee slashed their risk of developing the fastest growing and most difficult to treat prostate cancers by more than half when compared to men who drank no coffee.

• Gout. Drinking four or more cups of coffee each day dramatically reduces the incidence of gout, say U.S. and Canadian researchers. Men who drank four to five cups daily lowered their risk by 40 percent, and those who drank six or more cups daily reduced their risk of developing gout by 59 percent when compared to men who didn't drink coffee.

• Breast cancer. Coffee can either reduce the risk of developing breast cancer or delay its onset, according to Swedish studies. They found that coffee alters a woman's metabolism and produces a safer balance of estrogens. Women who drank two to three cups of coffee a day reduced their cancer risk by as much as two-thirds, depending on the specific type of breast cancer.

• Diabetes.D Enjoying six or more cups of coffee daily can cut chances of Type 2 diabetes by 54 percent in men and 30 percent in women over those who don't drink coffee.

• Parkinson's disease. Several studies show that drinking coffee lowers a man's risk of developing Parkinson's up to 80 percent and the more the better.

• Colon cancer. A Japanese report found that women who drank three or more cups of coffee every day slashed their risk of developing colon cancer in half.

What's responsible for coffee's healthy benefits? Most researchers believe it's the antioxidants (polyphenols or flavonoids) in coffee, but there are hundreds of compounds in coffee that may be partially responsible.