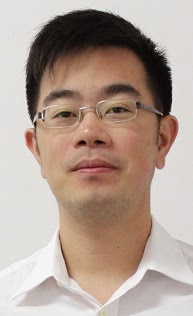 "By adopting Shareda proposal to increase efficiency by reducing approval period can help reduce costs for developers in return, it will result to lower housing cost thus lowering down housing prices." Junz said.

Junz was amused at Assistant Housing Minister Datuk Zakaria comment that opposition needed not recommend one-stop centre because it has always been in the pipeline and he continued to said that he would propose something else for government consideration.

Junz who is also DAP Sabah Organizing Secretary, recommended the following resolutions be adopted by the Ministry.

"By now the State Government must be ready to implement e-submissions for housing development applications or how do we expect Malaysia to become high income nation by 2020?"

2) A map based register of planning decisions (approvals and refusals) to be uploaded online by Central Board and all local authorities for public consultation.
This system can help to promote better transparency and fight corruptions.

3) Housing policy and housing standards be developed to address housing choice, design, affordability, tenure mix and future needs including an ageing population and people with disability.

Junz was convinced that if the above recommendations were adopted, it would be a huge big step towards a better planned Sabah to shorten the approval period for housing developments in Sabah.