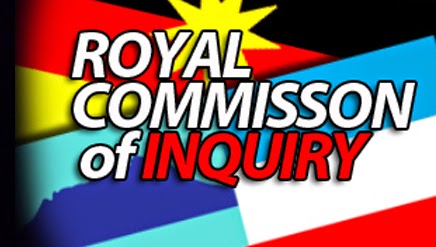 Several critical points on the real causes for the influx of illegal immigrants into Sabah were never highlighted.

KOTA KINABALU: Parti Keadilan Rakyat (PKR) Illegal Immigrants and Electoral Rolls Bureau Chairman, Dr. Chong Eng Leong, has since discovered that the Royal Commission of Inquiry (RCI) Report, released in December last year, has turned out to be an even shoddier piece of work than first thought.

For starters, he said, several critical points that could shed light on the real causes for the influx of illegal immigrants into Sabah were never highlighted by the Report.

One critical point, pointed out Chong, was the submission by a witness during the RCI hearings that there were 740,000 late birth registrations in Sabah over a period of time. “This was left out from the RCI Report.”

“This is a very big number.”

Another witness claimed during the hearings, added Chong, that the late registrations were actually done for the people in the interior. “Obviously, such people don’t know the geography of Sabah.”

“If it was true that the late registrations were for the people in the interior, the Orang Asal population in Sabah would have shown a dramatic increase.”

Instead, he stressed, only the Bajau and “Malay” populations grew. “These people don’t live in the jungle as the witness seems to think.”

The report pointed out that this was an unnatural increase, he conceded, but stopped short of stating the reasons behind it. “It also ignored the evidence of witnesses who said they were given ICs in order to vote for Barisan Nasional (BN) and to topple the Parti Bersatu Sabah (PBS) Government at the time.”

“The Report also did not state the fact that many Filipino refugees were given ICs.”

Instead, he lamented, the Report attributed the influx and the issuance of ICs to other factors, such as historical ties, Sabah’s geography, economic reasons, attitude of enforcement officials and the citizenship system.

Instead, Sabahans grew at almost twice the rate of Sarawak’s at 269 per cent, registering 2,391,707 people in 2010, he said. The Report did not mention anything about the extra “Malaysians” in Sabah, he reiterated, and the disparity between Sabah citizens’ increase rate and Sarawak citizens’.

The Report, said Chong, also failed to include the case of a Pakistani, Salman Majid, who managed to obtain citizenship and a local birth certificate only two weeks upon arriving in Sabah in 1987. “Salman, who was arrested years later, successfully sued the Government – after the Immigration Department withdrew from the case — for trying to revoke his citizenship and deport him to Pakistan.”

“He admitted he was born in Pakistan. When asked about the particulars in his IC, he told the court that it was not his doing and blamed the National Registration Department (NRD),” he said.
Posted by sabahkini.net at 20:38