THE VERDICT ON ANWAR 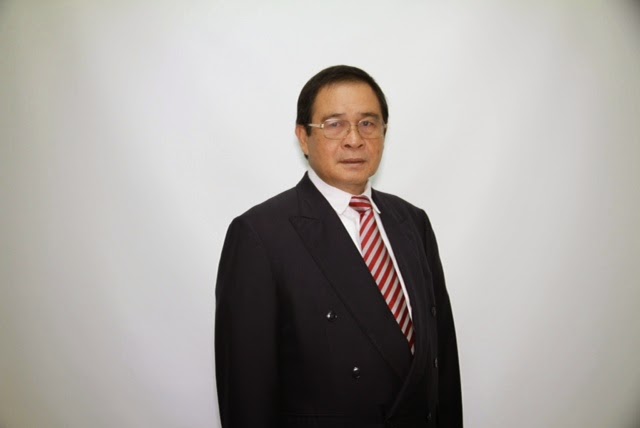 The Apex Court's decision to uphold the five-year prison terms on Anwar Ibrahim would serve as a big reminder to those who dare to fight for justice and oppose the government in power.

Whatever small differences l have with Anwar Ibrahim on certain issues affecting Sabah and Sarawak, l have always held him in high respect and l stand saluting him for spearheading the fight for justice in this country and for willing to be subjected to such humiliation as a result of being on the receiving end of the full brunt of the government's force under UMNO.

Anwar can be imprisoned but the spirit for justice and equality will never be confined with him in the prison walls.

This is indeed a sad story for Malaysia and Malaysian to ponder this whole episode remains shrouded in controversies as while for him, he have been sentence to long prison terms after the Apex Court found him guilty beyond reasonable doubt, the Altantuya case, on the other hand, remains a mystery in many aspect although this case seemed to have been settled when two policemen were sentenced to death for the murder.

With so many questions still unanswered, majority of Malaysians still think that the Altantuya case is far from being solved. In the case with Anwar Ibrahim, if indeed his conviction is the result of political conspiracy, his imprisonment will haunt those responsible for a very long time to come.

I welcome the action taken by the Main Committee on Management of Foreigners. However, I question the rational in the change of the commitee from what initially was supposed to be a ‘Working Committee on Illegal Immigrants’ and now its called ‘Technical Committee of Foreign Migrant Management.’

Be that as it may, I hope this committee will scrutinize every pages of the RCI reports and come up with a concrete proposal on the best solution to address the issues especially on illegals that have already been issued with MyKad as l didnt see this issues listed in the terms of references and stated in the newspaper.

I also suggest that the committee members should include all stakeholders, political parties from both the political divide, NGOs and the Native Courts as this problem is a State issues. This also includes the participation of alll JKKKs and JKDBs who should be directed to record all the people staying in their villages.

On Harris Salleh's challenge to DAP for debate

I am looking at the debate challenge by Harris to DAP from the positive side and see it as platform for some issues raised by Tan Sri Harris to be clarified and I therefore welcome the move and they should have it as soon as possible.

It is unbecoming of Harris Salleh, being a former Chief Minster, to relegate the Batu Sumpah in Keningau to a piece of symbolic ‘Historical Fact.’

The Batu Sumpah is not just an ordinary piece of historical artifact, it is a legal document carved into stone by those leaders whose visions goes beyond what they were able to comprehend at that time. Harris also need to explain why he said that the Malaysian Agreement 1963 and the 20-points were no longer significant neither its is legally binding.

Four independent nations came together and signed the MA63 to form Malaysia in 1963 and as far as Sabahans are concerned, for as long as Malaysia exist, any documents, most especially MA63, that binds this nation together is significant and legally binding, otherwise, if it is no longer legally binding then Malaysia ceased to exist.

On Putatan MPs Laments towards BN

YB Datuk Dr Marcus Mojigoh's lamentation (on what he called BN's flip-flop policy) goes to show that all are not well for in BN especially among the non-UMNO MPs and political leaders. I know what it is like to be in BN.

I have been there. You totally can't initiate any kind of changes from within as those leaders that hold the power will not listen. The best option for Yb Marcus now is to quit BN and join the struggle for equality. We have a duty to fight for our rights as Malaysian and to fight for justice in this country.

On Theresa Kok ban into Sabah

The decision taken by the Sabah State Government in banning Theresa Kok into Sabah is totally unwarranted. She is coming to Sabah on a legitimate political activities according to the Federal Constitution.

She has never been know to engage in activities thatvarevdetrimental to the security of the State in particular. In fact she is one of those very vocal in opposing extremism in our society. If ever she has broken any law, she should be arrested and charge in court.

I therefore appeal to the Sabah Chief Minister to lift the ban on Theresa Kok and other national leaders such as Tien Chua and Rafizi.