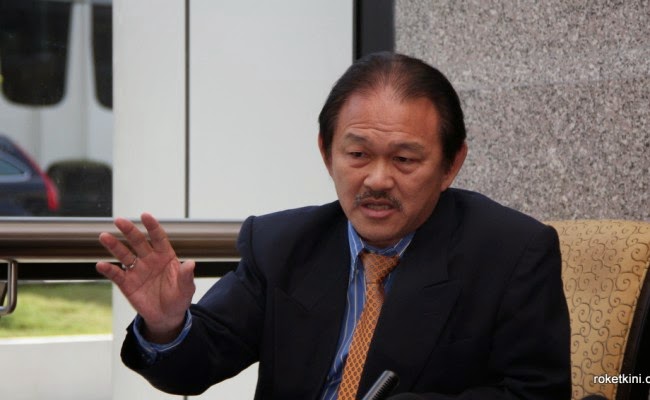 I am so disappointed when I read the statement by Minister of Tourism, Culture and Environment, Datuk Seri Panglima Masidi Manjun who tried to mislead the public and twisted the fact by saying that DAP is 'inciting hatred to disunited the people'.

In addition, it is also defamatory statement to say that we DAP went into rural areas to 'hoodwink' the people and incite hatred against the government and cause disunity among different races. It is totally untrue and baseless allegation against DAP and her.

We are demanding justice for Teresa. Minister must learn how to be responsible and tell the truth! We challenge the minister to show the prove and fact that DAP and Teresa has promoted "hatred" which would disunite the people in Sabah.

If government cannot provide the evidence that we have did all these wrongdoings as per accused by minister without any basis, we ask for apologies. It is serious defamation and allegation!

For instance, we have been campaigning for more than half year to fight for justice for Batu Sumpah. We are talking the truth and delivering the facts to the people in interior and rural area which government has failed to deliver the oath promises, until recently the minister of Prime Minister's department Datuk Joseph Kurup had agreed the mistake of missing words on Batu Sumpah and will relocate the Batu Sumpah. It proves that DAP is telling the truth!

If Masidi really sincere to protect the racial and religious harmony in Sabah, then prove to us by unveiling the black list. We challenge Masidi to ban Ismail Sabri who spread hatred remarks to cause racial tensions as well as Ibrahim Ali who promotes extremism as their stances are more extreme and promotes hatred. Is Sabah state government dare to ban them? Otherwise it would just be political tool to oppress the opposition.

To be honest, I felt really disappointed and shocked to see Masidi who pin pointed these baseless allegation against us. I thought Masidi should be one of the most moderate and civilized minister in the state cabinet. Now it is obvious for people to see his real face and nothing different like other extremist ministers.

If Sabah state government cannot answer these questions but continue to mislead and twist the facts, it shows that Sabah is being ruled by dictatorship. It is a huge backward for our democracy in Sabah.