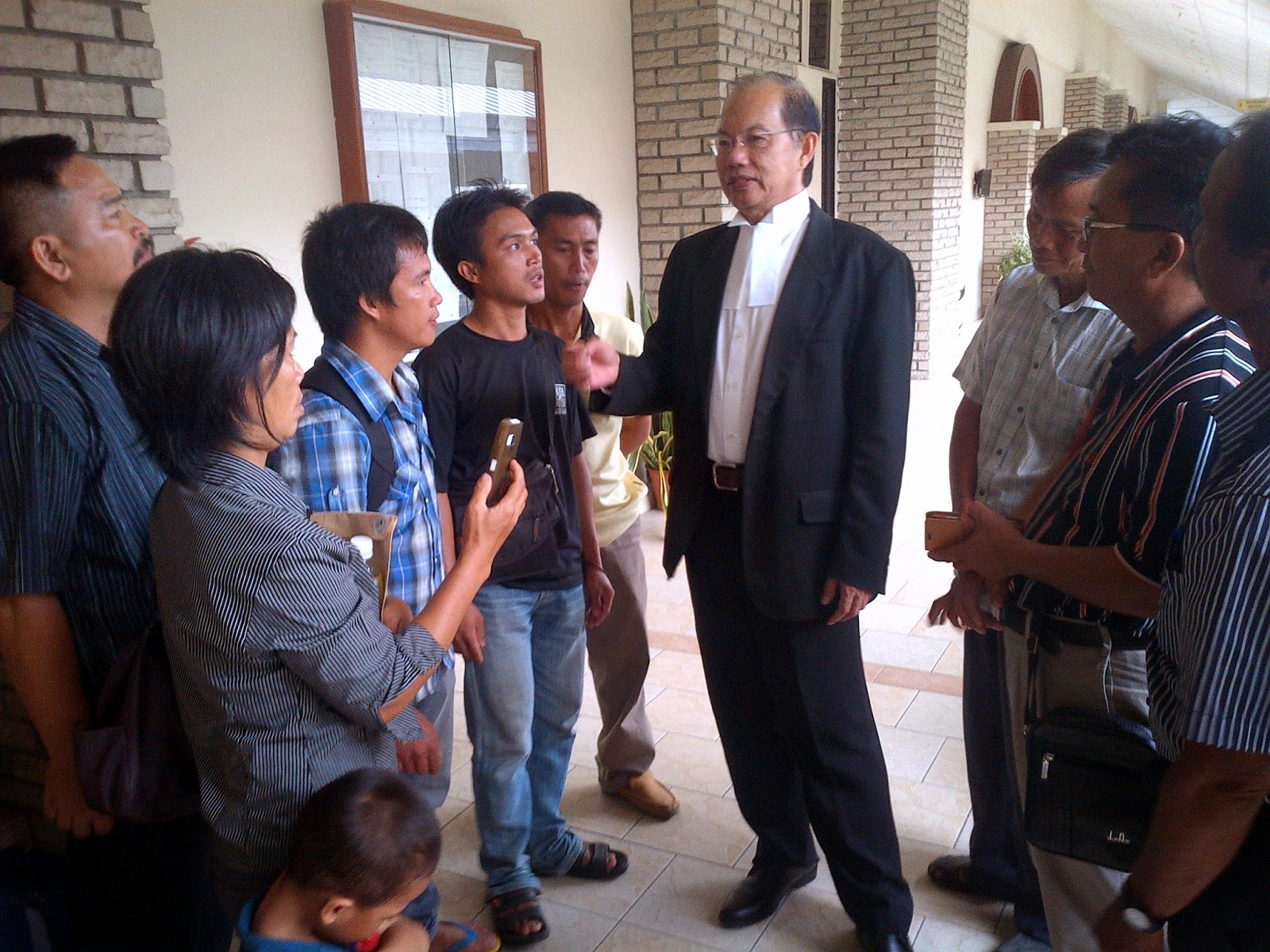 SANDAKAN : Sandakan High Court Judicial Commissioner Datuk Douglas Cristo Primus Sikayun delivered a landmark decision on 9th January 2015 for the first time in granting a declaration that the alienation of a parcel of land measuring 500 acres at Kampong Ansuan at Telupid by the Department of Lands & Surveys as null and void for failing to give sufficient notice of the land application to natives claiming for native customary rights under section 13 of the Sabah Land Ordinance.

The Judicial Commissioner also declared that the Director of Department of Lands & Surveys and the State Government of Sabah have a fiduciary duty to the natives of Sabah in safeguarding their native customary land. Having considered the evidence adduced at the trial, the learned Judicial Commissioner declared that the native defendants have proved native customary rights in the land claimed by them. 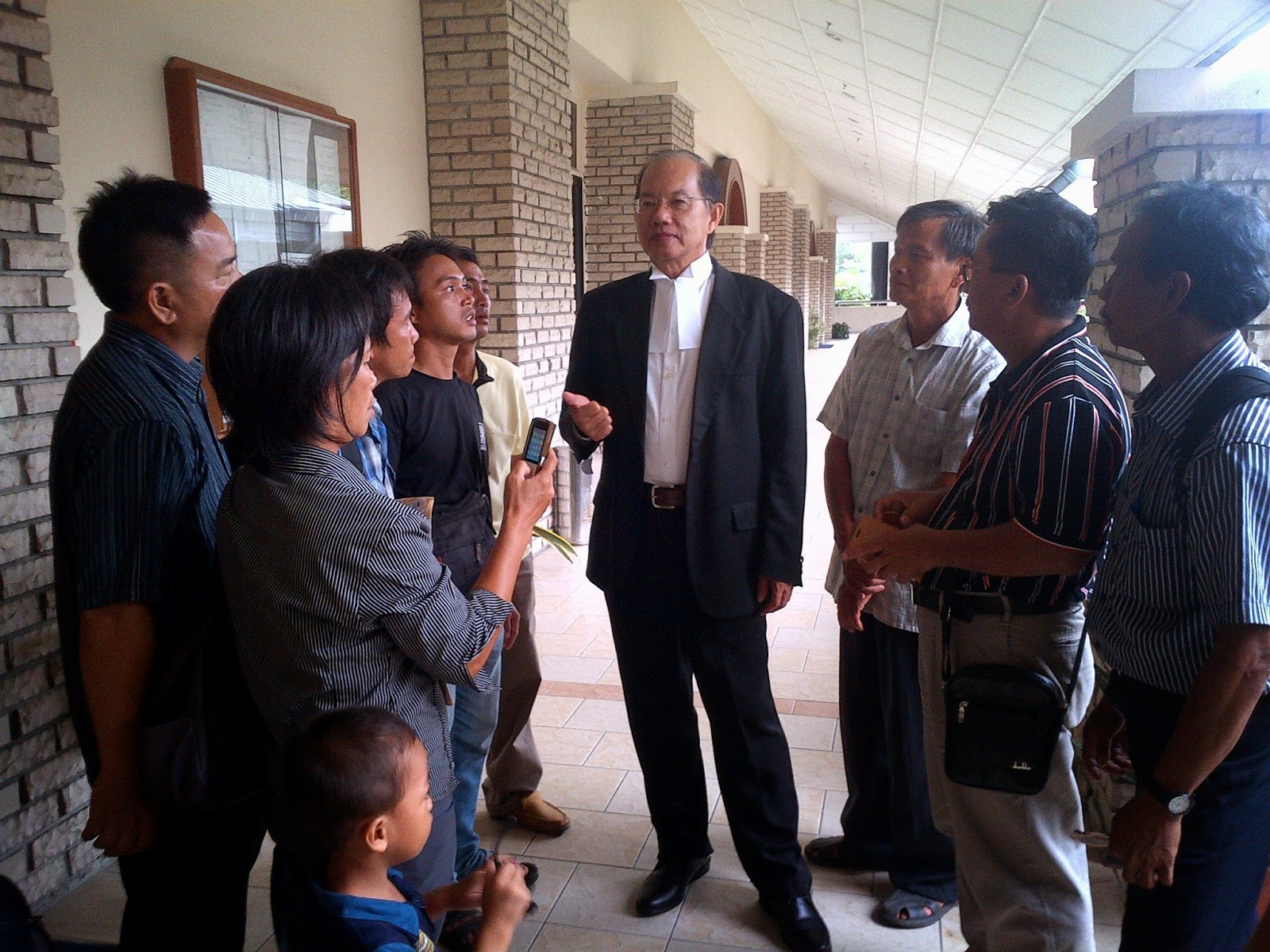 “This is an important judgment and breakthrough on native land rights in Sabah delivered by the High Court Judicial Commissioner affirming the recognition and respect to native land rights in land alienation process provided under the law. In this judgment, the High Court has nullified a land alienation process as well as the land title issued by the Department of Lands & Surveys because the due process provided in the Sabah Land Ordinance under section 13 was not complied with,” disclosed by Galus Ahtoi, an activist in land rights for the indigenous people who was at the open court when the decision was delivered.

“During the trial, the High Court has found that no sufficient notice tantamount to no notice was given to the natives who may have claims for native customary rights in the land applied by the company”, Galus who is an observer during the trial which has taken 12 days.

“Most, if not all, of the incidents of encroachment and disputes to customary lands arose only when the successful land applicant as registered owner entered the land to carry out site clearing after a land title had already been issued by the Department of Lands & Surveys”, he said.

“To the natives of Sabah, this decision of the High Court is a milestone because the High Court has given the true intent, purpose and effect to the requirement of such a mandatory notice under section 13 of the Sabah Land Ordinance”, said Galus.

“I have no doubt that the non-compliance with the notice requirement under section 13, if not rectified and improved, will make many natives of Sabah in the rural areas to become landless people and squatters in their own ancestral land”, Galus said.

“Therefore, with this judgment of the Sandakan High Court, the Department of Lands & Surveys should improve and give full effect and practical mechanism to section 13 notice in order to safeguard the property rights of the natives”, Galus said.

Under section 13 of the Sabah Land Ordinance, it is specifically provided that upon receipt of any application for unalienated Country Land (CL), it shall be the duty of the Collector to publish a notice calling upon any claimant to native customary rights in such land who is not yet in possession of a registered documentary title to make or send in a statement of his claim within a date to be specified in the notice. If no claim is made the land shall be dealt with as if no such rights existed.

In his judgment, the Judicial Commissioner also declared that the Director of Lands & Surveys and State Government of Sabah have a fiduciary duty to the natives in safeguarding their customary land.

As to the sources of native customary rights, the Judicial Commissioner referred to, amongst others, article 9 of the British North Borneo Treaties, 1881 which provides that in the administration of justice to the people of Borneo or to any inhabitants thereof, careful regard shall always be had to the customs and laws of the class or tribe to which the parties belong especially with respect to holding, possession, transfer and disposition of lands and succession.

In 1995, the Department of Lands & Surveys approved and alienated to Sudi Kembang Sdn Bhd, the plaintiff in this suit, with 500 acres of land at Kampong Ansuan in Telupid and a land title in country lease for 99 years was issued to the company in 2001.

Sometime in 2004, when the company started site clearing and developing oil palm plantation in the land, the company found that a portion of the land measuring about 15 acres was being occupied and cultivated by the defendants’ late father Yahsu Linggis planting oil palm in about 10 acres of the land.

In 2011, Sudi Kembang Sdn Bhd as plaintiff filed this writ action against the defendants Marsius and Alfeus at the Sandakan High Court seeking for injunction to evict them from the land and claiming damages.

By then, the defendants’ father Yahsu had passed away due to an accident.

The defendants defended the action by the company and counterclaimed against the company and the relevant authorities as Third Parties including the Director of Lands & Surveys Sabah and the State Government of Sabah relying on their native customary rights in the land inherited by them from their late father Yahsu.

Marsius and Alfeus who are brothers claimed that the land in question has been their ancestral land held under custom from generation to generation for at least 4 generations known to them since the British colonial administration.

In his judgment, the learned Judicial Commissioner declared that the defendants have proved their native customary rights in the land and further ordered that damages sustained by the defendants to be assessed by the Court Registrar.

“My lawyer Datuk Kong told me immediately after the judgment that my late father can rest in peace now. Only then, I realized that the court has allowed our claim of ownership in the ancestral land. My brothers and I had buried our late father in the land in September 2009 according to his dying wish,” said Marsius who had to stop schooling at the age of 12 years old and agreed to help his late father in his farm so that his two younger brothers could go to school.

“Tomorrow, I will accompany my youngest brother Alfeus to the Telupid police station to inform the police and the prosecution not to proceed any further with the criminal charge and trial against my brother now that the High Court has declared our rights in the land”, said Marsius who expressed his appreciation to his lawyer Datuk Kong Hong Ming who has acted for them providing pro bono legal service for more than 3 years.

It was learned that in 2011, Alfeus who was 20 years of age was charged for theft under section 379 of the Penal Code as a result of a police report lodged against him by the company.

Alfeus was arrested by the police from Telupid and detained in the police lock up for three days and two nights on 8th to 10th of February 2011 before release on bail. He was brought up for the criminal trial in 4 occasions but was finally postponed pending the outcome of the civil action.