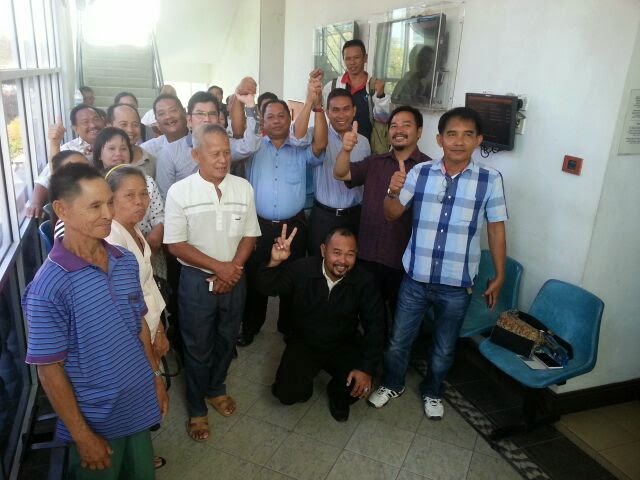 Villagers...celebrate their successful in front of Kota Kinabalu High Court

KOTA KINABALU : In the judgment delivered in open court on 13th February at Kota Kinabalu High Court, Judicial Commissioner Datuk Douglas Cristo Primus Sikayun declared that the alienation of land measuring 650 acres situate at Tanjung Labian in Tungku of Lahad Datu to the Federal Land Development Authority or FELDA is unconstitutional and null and void. In the judgment, FELDA was ordered to pay damages to the villagers who were successful applicants of 650 acres of land.

The Judicial Commissioner declared that the Director of Lands & Surveys and the State Government of Sabah had acted unconstitutionally contrary to articles 8 and 13 of the Federal Constitution in alienating to FELDA the land of 650 acres which had been approved to the villagers in 1972.

In his judgment, the Judicial Commissioner ruled that in alienating the land to FELDA affecting the land which had been approved to the applicants, the Director of Lands & Surveys had acted unlawfully. 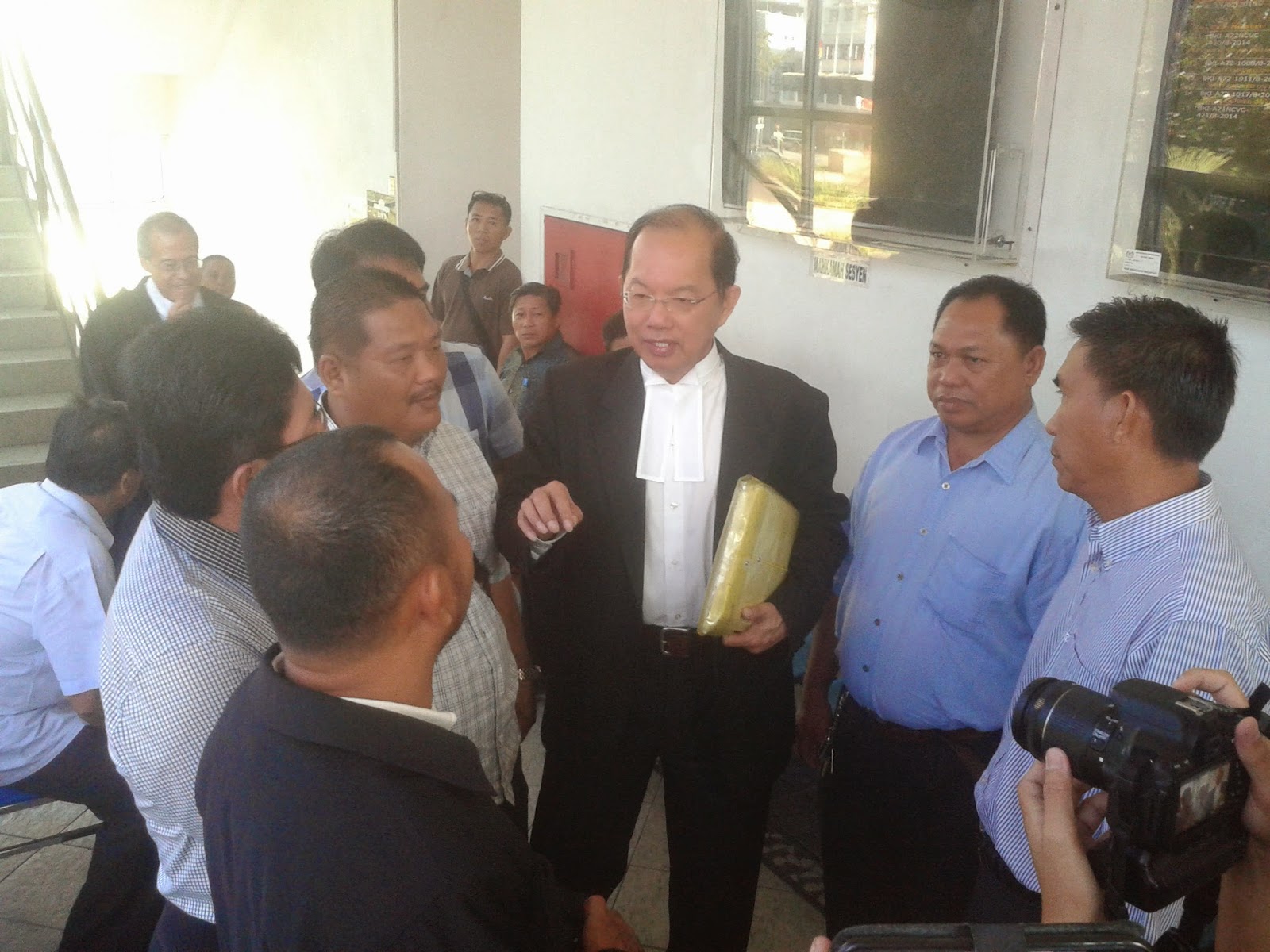 In failing to enforce the agreement entered into by the State Government of Sabah and FELDA to compensate the applicants by negotiation to purchase the land approved to the villagers, the Judicial Commissioner declared that the State Government of Sabah was in breach of fiduciary duty in failing to protect and safeguard the proprietary interest of the villagers in the land.

The villagers as defendants also counterclaimed against FELDA and the Registrar of Titles, Assistant Collector of Land Revenues of Lahad Datu, the Director of Lands & Surveys, Sabah and the State Government of Sabah seeking for relief including declarations and damages.
According to Asrafal Bin Hj Alin, a representative of the villagers, sometime in 1970, the native communities led by the late father KK Alian Bin Som as applicants applied for three plots of land at Tanjung Labian. In 1972, following the approval of the State Government, the Director of Lands & Surveys Sabah alienated and surveyed 650 acres to the applicants.

“However, the Department of Lands & Surveys did not proceed to issue the land titles to the successful applicants despite the lapse of time. Sometime in 1979, the State Government of Sabah had agreed to allow a Federal Government agency, Federal Land Development Authority or known as FELDA to develop more than 200,000 acres of land including the land located in Lahad Datu at Tanjung Labian”: Asrafal said.

“Sometime in 1982 or 1983, FELDA entered the land to carry out site clearing and oil palm planting activities and planted oil palms in the land alienated to the villagers in 1987 at the location now known as Sahabat 22”: said Asrafal who was one of the four defendants sued by FELDA for eviction.

“I am very grateful with the outcome of the decision of the High Court. It has been very demoralizing and humiliating to me and my family especially to the villagers who are the children of the applicants that as the rightful owners and successors of the land, we were subject to such eviction proceedings by FELDA.

“Worst still, my fellow villagers who were under the employment in FELDA were sacked by FELDA because of their commitment to defend the land. We are also grateful to our lawyer Datuk Kong Hong Ming who has helped to defend the case against us on a pro bono basis”: said Asrafal.
In his judgment, Judicial Commissioner found that no evidence was adduced to show that the letters of offer were withdrawn or cancelled, and consequently, the letters of offer are valid and binding.

He also found that the relevant authorities had acknowledged and accepted the proprietary interest of the applicants in the land.

Consequently, the contention that the applicants were in breach of the terms of the letters of offer had been waived and were overtaken by events for the reason that FELDA and the Sabah State Government had agreed to compensate the applicants by private treaty to purchase the said land. As a result, estoppel set in to bind the parties.

The Judicial Commissioner said that even until today, FELDA has yet to negotiate with a view to purchase the said land from the successful applicants.

As to the saguhati payment of RM32, 500 allegedly paid by FELDA, the Judicial Commissioner found that the evidence adduced was only an internal accounting statement which could not be proof that payment was made to every applicant.

In any event, compensation must be paid to the applicants by negotiation to purchase the said land. Such saguhati payment did not have any legal consequence and did not amount to any compensation.

As to the other issues for determination, the Judicial Commissioner ruled that the applicants’ claim was not barred by the Limitation Ordinance or the Land Acquisition Ordinance and damages shall be assessed at the date of the judgment.

At the delivery of the judgment by the Judicial Commissioner today, FELDA as the plaintiff was represented by Gani Zaleka, the villagers including the successful applicants were represented by Datuk Kong Hong Ming and the Director of Lands & Surveys and State Government of Sabah by Mohammad Bin Abdul Sani, the state counsel of the State Attorney Chamber.