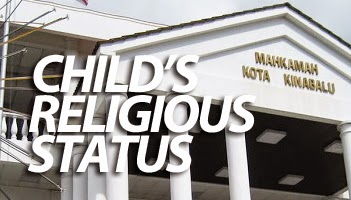 Article 12 of the Federal Constitution allows freedom of religion including the right of a parent to determine the faith of a child.

KOTA KINABALU: The High Court of Borneo in Kota Kinabalu has granted leave to a local businessman, Phuong Hiung Woei, 43, through his lawyer Marcel Jude M S Joseph, for judicial review against the Director of the National Registration Department (NRD) Sabah who has registered his only son as a Muslim and issued him a MyKad with the word Islam.

Justice Chew Soo Ho granted the application for leave to file the judicial review against the NRD Director’s decision.

Phuong, who filed the ex-parte application on April 29, named the NRD Director as the sole respondent.

The Judge, when making the ruling, held the application had merits under Article 12 of the Federation Constitution. The Article allows freedom of religion including the right of a parent to determine the faith of a child.

The applicant being a Buddhist, the Court said, is entitled to state Buddhism as the faith of the child and therefore the matter is subject to judicial review.

The Judge noted that the NRD Director himself was uncertain of the faith of Phuong’s son and therefore could not unilaterally and arbitrarily make a determination. The parents should be consulted, he added, if the NRD Director wasn’t sure.

It was learnt that Phuong’s wife, the boy’s mother, is a Dusun brought up as a pagan. The history shows that one of her pagan grandmothers was “converted” in one of the allegedly many “scams” perpetrated in the interior during the Mustapha Government.

Subsequently, the issues from the grandmother onward including Phuong’s wife have been listed as Muslims in their MyKads.

Phuong’s wife was apparently advised by the NRD to take the matter to the Syariah Court to get a declaration that her son was not a Muslim.

It appears that the couple was married under Native Adat.
Posted by sabahkini.net at 20:29