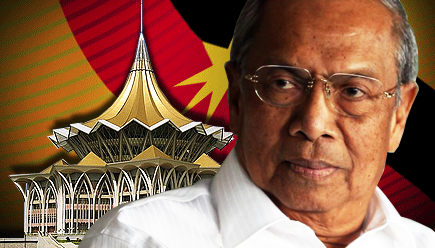 CM says Sarawak is home for everybody of all races and divide and rule tactics will not be used.

KUCHING: Chinese in Sarawak must no longer be regarded as pendatang (immigrants) declared Chief Minister Adenan Satem in his Chinese New Year address,

He said the forefathers of the Sarawak Chinese community who came from China could be called immigrants but not the present generation, The Star Online reported.

“You call Sarawak your home, and indeed this is your home, just like for those from many other races.”

Adenan paid tribute to the Chinese community which he said had always been an important part of the state’s political and economic life.

“I would like to thank Chinese businesses for playing their role in building Sarawak.”

Adenan urged the various people of Sarawak to continue upholding the spirit of moderation and to interact among themselves.

“To the non-Chinese, please do visit Chinese New Year open houses in our joint effort to strengthen unity among all.”

He said Sarawak belonged to Sarawakians and that mutual respect and the value of human dignity must continue to be the basis of the relationship among the people in the state.
Posted by sabahkini.net at 20:56