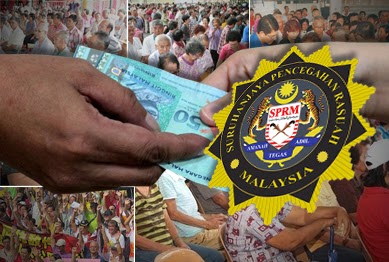 MACC claims immigration officers were selling visit passes to foreigners on the basis of “non-existent” marriages to locals.

KOTA KINABALU: Officers at the Malaysian Anti-Corruption Commission have claimed that the eight Sabah Immigration officers arrested recently in Sandakan, Lahad Datu and Kota Kinabalu were selling social visit passes to foreigners for years, and have pocketed millions doing it.

A spokesman from MACC told The Star, “From our initial investigations, these officers sold hundreds of these social visit passes to foreigners here.
“They have been operating for some years now.”

MACC arrested two senior Immigration officers who were deputy directors and another five staff on February 2 while one was arrested on February 6.

According MACC officials, immigration officers sold the visit passes primarily to Pakistanis on the basis of non-existent marriages to locals.

The passes were sold for a price ranging from RM5,000 to RM7,500 each depending on the individual’s length of stay.

MACC also confirmed the arrest of 10 Pakistan nationals, one of whom acted as a middleman between the two parties.

Chief Minister of Sabah Musa Aman, who chairs the state Security Council has issued a declaration of no compromise on integrity of government officers and hoped that firm action would be taken against the officers and others involved.

The nation’s anti-graft agency is currently now expanding their probe and investigating other offices in the state as well, with the expectation of more arrests
Posted by sabahkini.net at 01:27