LEAD EXPOSURE AND THE IQ OF CHILDREN 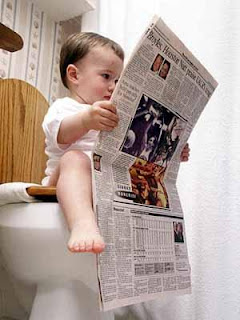 LEAD exposure and its dispensation into the atmosphere, much to the dismay of many, are principally due to an industrial environment, not to natural processes. Lead can enter into the food chain in soil and can be unknowingly ingested.

When introduced into the body either by ingestion or inhalation, the lead pigments are separated and the body is fooled into accepting them as normal, useful elements such as calcium and iron.

Since lead serves no useful physiological functions, its accumulation is often known to be potentially toxic to several organ systems. Once incorporated into the body's chemistry, it possesses the ability to inhibit the normal function of the various organs in the body.

With exposure or re-exposure to lead, the amount of lead in the body can further be increased. It is not possible for the body to dispose of the lead by itself. Thus the lead will remain stored in the body especially in the bones and kidneys.

The effect of exposure is therefore cumulative. The majority of lead poisoning cases occur from the absorption of inorganic lead and require an extended period to achieve levels sufficient to cause symptoms.

As children are the most vulnerable group to lead intoxication, one may wonder what the long-term effects of lead accumulation in a child's body would be. The long-term consequences of prolonged exposures to environmental lead sources can be serious. The amount absorbed can be higher if the children also suffer from malnourishment and deficiencies of some elements such as iron, calcium and zinc.

Symptoms of lead poisoning at all ages are not specific and often go unrecognized. In the toddler, anorexia is the earliest symptom. Other emerging problems may include occasional vomiting, irritability and unwillingness to play. More serious signs include persistent vomiting, peripheral nerve weakness, convulsion and coma.

Children who are lead-poisoned can suffer from damage to the brain and nervous system that may cause behavioural and learning problems. It may also retard physical development of the children. Other related problems are hearing difficulties and kidney damage.

In large doses, lead can cause blindness, brain damage and even death. Equally as disturbing are the reports that blood concentration of lead below 25 micrograms per deciliter (mcg/dL) in pregnant women can affect early cognitive development in the offspring.

If a woman is exposed to high levels of lead before or while pregnant, the foetus could be harmed. Given that the foetus is even more sensitive to the toxic effects of lead, the maximum acceptable level has been recommended to be not more than 10 mcg/dL.

Notably, the most hideous effect of lead is the poisoning of the developing nervous system. Most cases of symptomatic lead poisoning appear when the blood lead level (BLL) is greater than 70 mcg/dL. However, many clinical and epidemiologic studies conducted in the United States, Germany and the United Kingdom have clearly indicated that BLL below 50 mcg/dL can cause neuro-psychologic deficit in asymptomatic children. It may also be produced in children with BLL below 35 mcg/dL.

At 30 mcg/dL, a level previously thought to be safe, it is known to induce loss of neurologic and intellectual function even in asymptomatic children. Recent work has documented a relationship between blood lead levels in children with a slight decrease in IQ. The level is described to be as low as 10 mcg/dL. Impairment of cognitive function on a progressive decrease in IQ has also been demonstrated with increasing lead levels.

Experimental evidence has shown that children's risk of developmental problems is increased at blood levels of 10 to 15 mcg/dL and possibly lower. In neonates, lead levels greater than 10 mcg/dL in the cord blood are associated with slow development.

Above 10 mcg/dL, it is conspicuously linked to decreased IQ, hearing and physical growth. Most recently, lead concentrations greater than 10 mcg/dL were associated with an average decline of five IQ points.

In another study, a decrease in BLL has reasonably shown an increased IQ in a group of young children. This association has also been ascertained in the work done in the United Stated and Australia.

In 1991, the World Health Organisation (WHO) cited the maximum permissible limit of safe BLL to be 40 mcg/dL. However, this level has been revised time and again. Previously, the toxic level stands at 25 mcg/dL but it has been lowered to 10 mcg/dL. As lead possesses no biological value, its exposure is best kept as low as possible. Ideally, the blood lead concentration should be zero. In this instance, zero is the most valued figure.

Lead poisoning in children is totally preventable. Generally, we can just remove the lead from the child's environment and the problem will comfortably be confined.

However, this problem is still not resolved since it was first encountered almost 40 years ago and the solution has never been easy. An accurate assessment of lead poisoning in children would be quite difficult due to the variable bioavailability of lead in the environment. Hence this predicament is best summed up with this notable expression : ‘prevention is better than cure’.