SEXUAL ESCAPADES NOT THE ONLY MORAL ISSUE 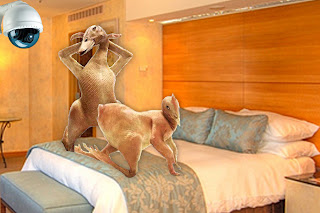 THE issue of one being morally fit to hold public office has been raised by those behind a pornographic video tape, reportedly ‘starring’ Anwar Ibrahim and an unknown foreign female ‘co-star’. The nameless and faceless behind the tape are using their handiwork to tell Anwar and his wife, Dr Wan Azizah Wan Ismail, to exit the political scene or else.

This particular tape must be in line with what former prime minister Dr Mahathir Mohamad wrote in his biography, A Doctor in the House, about ‘sexual escapes’, not in general, but only about one particular citizen that he has come to detest with an intensity bordering on pathological, if not congenital, insanity.

This warped view of morality has obviously been designed to protect all the others who, by any broader definition of ‘morally unfit’, would be under pressure as well to quit the political scene if they are lucky enough to escape incarceration.

If morality is the issue, it must begin with the ancient Chinese proverb that ‘the fish rots from the head’. The Malaysian Anti-Corruption Commission (MACC), however, is deaf, dumb and blind to this and busies itself with the small fry to chalk up an impressive number of cases on file.

The most pertinent issue emanating from this observation is sheer nationwide frustration that Sarawak Chief Minister Abdul Taib Mahmud, for one, appears to live a charmed life despite the volumes written about his profligate lifestyle. Meanwhile, projects are being created in Sarawak for the sake of creating projects and thousands of native customary rights (NCR) lands have been seized by the Taib regime, not for public purpose, but for private gain.

Taib is not the only one who has no moral qualms about being caught with his hands in the cookie jar.

The entire ruling Barisan Nasional (BN) system, built on the politics of patronage, dishes out projects immorally left, right and centre to those who can contribute to finance its activities but otherwise undeserving. These projects cost the taxpayers, in the end, anything from double and triple to as much as 10 times the actual worth with a decent profit margin thrown in.

Many people still remember the revelation in Parliament not so long ago that the father-in-law of the then prime minister had a contract with Malaysia Airlines to provide food catering services to the national carrier. One item cited as an example was nasi lemak which cost the passenger RM150. After the ensuing public hue-and-cry, the prime minister did not resign as he should have done. Instead, much was made of the fact that “proper procedures were followed”.

Eventually, the price of the controversial item was cut down to RM75 but still steep compared with the RM8 on board AirAsia and the RM18 at even the best five-star hotel in town.

‘Proper procedures’ were also cited as the proverbial fig-leaf in explaining away the billions spent on purchasing two unnecessary submarines from France. Again, it was ‘proper procedures’ which gave a RM500 million middle-men contract to an aide of Prime Minister Najib Tun Razak to act as a go-between in the purchase of the submarines which failed to dive in Sabah, the base, upon arrival.

As a further assault on our collective sense of decency, good behaviour, ethics and morality, two Special Forces popped off a Mongolian lady who interpreted during the submarine negotiations. No one knows, to this day, who instructed them to murder the Mongolian whom they obviously did not know.

The rinngit-and-sen side of the moral equation is not the only issue that should trouble all those intent on seeing a clean-up of public life in the country.

The politics of the BN thrives on what separates us as a people as opposed to the opposition’s ‘what brings us together as a people’. It’s the old colonial divide-and-rule tactics at work again. It seems to favour the ruling elite to make people hate each other with a vengeance.

Every possible issue that emerges in public is twisted and turned by Umno into a racial one to pit the Malays and non-Malays against each other. Umno’s idea, given its desperation to enslave the Malay masses, is to scare the community into circling the wagons and seeking shelter under its platform. Total Malay unity under Umno facilitates the ruling elite’s lifestyle at the expense of the nation. Umno has some help here from Perkasa, its poodle masquerading as an NGO under Mahathir’s direction.

If all this isn’t enough to corrupt the soul of the nation, there are other approaches like usurping the power of the King under Article 153 of the Federal Constitution and distorting the Malay definition. This has allowed the unilateral extension of the Article outside the four specific areas civil service, educational institutions, scholarships and business opportunities to every facet of life in Malaysia at the expense of the nation.

The apartheid-like structure which has descended on Malaysia as a consequence merely favours a tiny minority and their fat cats in tow.

Across the South China Sea, in Sabah and Sarawak, the native majority are denied meaningful participation in the democratic process. Instead, Putrajaya rules the two states through local proxies like Taib in Sarawak and Umno in Sabah. The continued immorality of it does not trouble Peninsular Malaysia but escapes no one in Malaysian Borneo.