NO FUNDS FOR UPGRADING PARK? 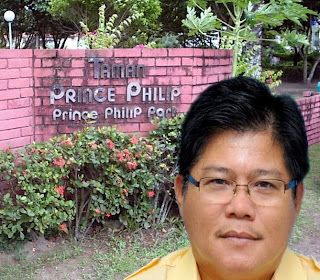 THE Mayor listed one of his tasks and hope is to get approval from the Federal Government to fund the upgrading of Prince Philip Parks. The park now have fallen trees, broken benches, rusty iron rods, broken skating rings, rootless shelters, no life guard, sand-filled walkway, no proper lighting, collapsed seawalls, obviously no proper maintenance and unattended for long time.

We have highlighted the deteriorating situation and sad state of the Prince Philip Park on several occasions before. This was an old and worsening problem. It was the first time the Mayor responded to the need to salvage the park which was once the pride of Kota Kinabalu.

It is perplexing though that the City Hall and the Local Government does not have the fund and initiative to restore the glorious Park of our very own but only trying to seek Federal funding.

The Chief Minister mentioned one of his achievements is the RM3 Billions State Government reserves. How come we have to depend on the Federal Government to upgrade a park of our own? It revealed the lack of ability and sincerity on the part of the State Government.

This has been an overdue and worsening problem and the best the Mayor can say about it, is to hope to get fund. The Mayor was the permanent secretary of the Local and Housing Government before he became the new Mayor. He could have sorted out this matter while he was the Permanent Secretary of the Ministry.

People have lost hope and patience on this issue because the people’s representative or YB for Tanjung Aru is Assistant Minister in the Local Government. If the two rightful persons could not handle a Tanjung Aru Prince Philip Park problems, what else can the people hope for?

The Mayor and the YB should do better than just hoping for something to happen.