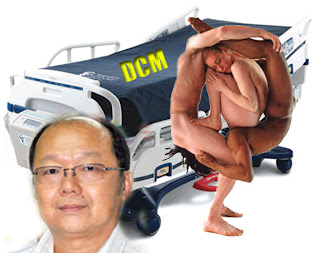 "The frequent changes of the post of Deputy Chief Minister from one to another and another once a year in the last three years has nothing to do with effective leadership and representation of the Chinese community in the cabinet.

"Now that party Gerakan has been confirmed to keep its two ministers in the Sabah cabinet it seems that KL based parties having 9 out of the 12 members of the cabinet. The KL based parties now have more ministerial posts in the State government then the local based parties.

"UMNO holding 7 ministerial posts, Gerakan has 2 cabinet ministers, PBS holding 2 ministerial posts while UPKO got only one cabinet minister. LDP the oldest BN member in Sabah now reduced to no cabinet representation even though they have won all seats contested in the last elections compared to Gerakan which did not have to contest any seats at all.

"Instead of squabbling over posts and positions, the state cabinet and government should strive to work out solutions to solve the many pressing problems facing Sabah," Richard said.