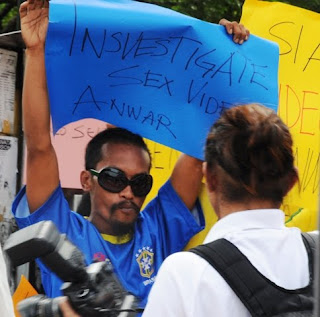 THE law enforcement authorities including the police should not practice double standard and inconsistency with regards to public gathering and assemblies, said Datuk Kong Hong Ming, a member of Parti Keadilan Rakyat (PKR) Sabah Presidential Council in a statement today in response to the public assembly and demonstration immediately next to the Kota Kinabalu High Court premises on March 23.

These so-called gatherings and assembly made up of some 20 people of obviously dubious identity and lasted only less than 10 minutes were nothing more than seeking cheap publicity in bad faith as well as displace of dirty tactics to inflict calculated damage to the opposition in a smear campaign and political conspiracy orchestrated by the BN.

One of the group leaders present in the gathering openly declared that he is a member of UMNO from Putatan. The others who appeared to be mostly foreigners said that they were merely following their leaders when asked why they were in the gathering.

It is obviously an open and direct challenge to the authorities concerned when this group of people knowingly organized such illegal activity and disgraceful smear campaign immediately next the premises of the courts of justice.

The series of gathering and assemblies recently occurred in the State of Sabah were clearly an organized plot to distract the recent scandals troubling the BN and its leaders which had caused negative perception to the image of the State and disruption to our peaceful, civilized and harmonious society, which used to be and still to some extent is the hallmark of the State of Sabah. 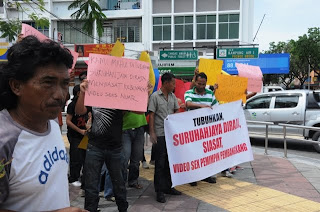 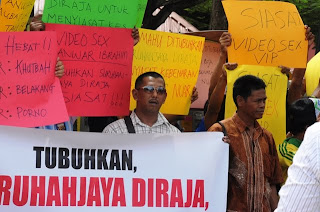 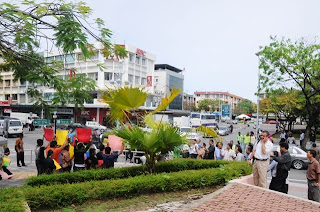 It is absolutely puzzling as to why such illegal gatherings and assemblies were repeatedly and surprisingly tolerated by the law enforcement authorities especially the police, unless the police had given them the permit to do so.

Why did the law enforcement authorities practice such double standard and inconsistency? Why such illegal gatherings and assemblies in public place such as the park immediately next to the court premises was allowed without any repercussion whereas legitimate gatherings of political parties especially the opposition are subject to stringent control and limits.